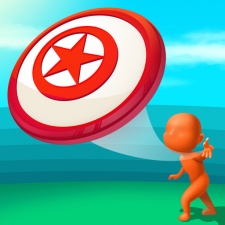 This data was provided by Supersonic Studios general manager Nadav Ashkenazy during his talk at PGC Digital on 'The Science of Decision Making: How to Use Data to Make Better Decisions for Your Game Business'.

All of the new titles fall into the hypercasual genre, with sports game Ultimate Disc topping the group at 16 million-plus installs. Google Play users claimed the largest portion at 10 million downloads, while the App Store made up the remaining six.

Following this was Sort it 3D at 15 million installs worldwide, a puzzle game where you sort coloured balls into tubes. Nine million downloads originated from the App Store and six million came from Google Play.

Racing-survival title Join Clash was the third release from the company at 4.4 million downloads, split evenly across both stores.

Ashkenazy put the success down to "scaling games accordingly by analysing the right data" as well as "updating constantly to market changes".

Supersonic hosting its second hypercasual contest with a $200,000 prize from 1 May