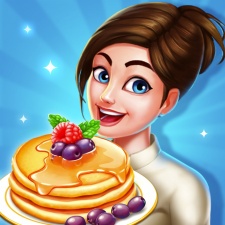 The new game is a sequel to the popular simulation game Star Chef, which has generated over $30 million in lifetime revenue. By December 2015, 99Games' cooking-inspired title had earned $5 million, and it was only available for iPhones at the time.

This is the first game to be launched from the N3twork Scale Platform Partner Growth Fund, a $50 million fund established by N3twork in April 2020. The platform will be helping more developers grow their games through an experimental four-week program for each title throughout the year.

"Star Chef 2 is an incredibly engaging and joyful experience, and we're excited to help 99Games scale it into an even more successful game than its predecessor," said N3twork COO Dan Barnes.

"We can't wait to see how the title performs with NSP as its partner."

In 2017, we caught up with 99Games vice president of games Shilpa Bhat to discuss the evolution of Star Chef.