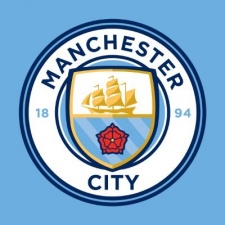 English football team Manchester City is set to launch its own mobile game.

As announced on its blog, the club has signed a regional partnership with mobile games developer Capstone Games, which will be Man City's official partner for casual mobile games in Asia Pacific, the US and the UK.

The new game will be a management simulator with a Manchester City theme. Featuring a variety of gameplay, the title is expected to launch later this year for both iOS and Android devices.

The publisher has a history in the mobile games market, more specifically with football. It published Champions Manager Mobasaka in 2017, and it also launched CSL Manager Series and Ultimate Football Club.

"We are thrilled to be working with Capstone Games who have a number of exciting plans in the pipeline," said Manchester City chief operating officer Omar Berrada.

"Manchester City has a strong digital-first strategy that applies to everything we do, so collaborating with an innovative partner like Capstone and engaging with their community of gamers is a great fit for us."