New mobile title is available across Canada, Australia and the UK 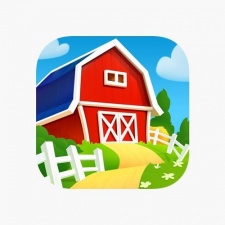 Players will join Mary in her efforts to turn an abandoned farm into a rustic paradise. The idea of the game is to restore the area into a dream village via decorations, growing a garden, and take caring of several animals.

The story will also follow Mary and her love-interest, the handyman Philip, who will visit the farm to help with jobs once certain challenges have been completed.

This is the latest game in the studios "scapes" series, following Homescapes and Gardenscapes, the latter of which has helped the company accumulate 1.1 billion in worldwide downloads across its entire catalogue.

Interestingly, Playrix previously launched a match-three hidden object puzzler under the same name back in 2011. While seemingly unavailable to install on mobile anymore, the game did arrive on PC and is still accessible to download via the Playrix website.

The new Farmscapes is available to download across Canada, Australia, and the UK on iOS devices.

PocketGamer.biz has reached out to Playrix for more comment.

We recently spoke to Playrix's Mikhail Klyuev on how to become a game producer.