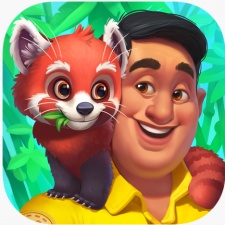 Russian developer Playrix has soft-launched a new Gardenscapes and Homescapes follow-up in the shape of match-three puzzler Wildscapes.

Players can create their own zoo that features dozens of adorable animals and attractions for visitors to enjoy.

The more puzzles completed the more areas are available to unlock while further enclosures can be developed for the animals’ leisure. Items from around the globe can be unlocked to display across the environment.

Wildscapes is available to download on iOS in Australia, Canada and New Zealand.

Playrix is known for its casual games with previous releases including Homescapes, Gardenscapes, Fishdom and Township.

The developer’s titles have been globally successful, turning it into a multi-billion dollar company.