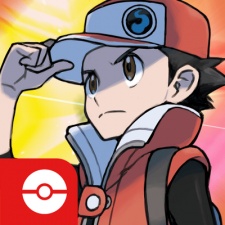 The impressive first year puts the recently rebranded game firmly in second place, in terms of top-grossing Pokemon games. Unsurprisingly, the top spot belongs to Niantic's augmented reality title Pokemon Go, which is closing in on $4 billion in lifetime revenue.

However, when compared to other mobile Pokemon games, Pokemon Masters EX experienced a great first year, with Pokemon Duel trailing behind, having earned $14 million in its first year.

Japan proved to be the title's most lucrative market in its first year; it generated 52.7 per cent of all revenue, or rather $39.3 million. Having been responsible for $17.5 million – 23.5 per cent – the US comes in at No2, followed by Hong Kong in third with4.3 per cent of the revenue share at $3.2 million.

In terms of devices, iOS has proven to be more popular as the App Store is responsible for 61 per cent of earnings, $45.4 million. Meanwhile, Google Play generated the remaining 39 per cent with $29.2 million.

So far, the game has attracted 22.7 million trainers, 20 million of which were accumulated by January 2020. When it comes to installs, the US reigns supreme with 21 per cent of the total, or rather 4.8 million downloads. In second and third are India and Japan with three million and 2.6 million respectively.

In contrast to revenue, Google Play came out on top with 12.1 million downloads, while the App Store racked up 10.6 million.