Playco secures $100 million in Series A funding round

"Our mission is to bring the world closer together through play" 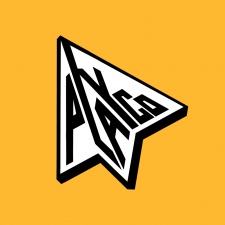 Instant play games company Playco has secured $100 million in a Series A funding round with a company valuation of $1 billion.

With its newfound money, Playco plans to build partnerships with social and messaging firms. It also hopes to continue to assemble its team. The company was founded by Micheal Carter, Justin Waldron, Takeshi Otsuka, and Teddy Cross.

"Our mission is to bring the world closer together through play. We think that games shouldn't be trapped inside installed apps or downloads. Instead, we believe that playing together should be as easy as messaging or talking together. Whether it's Parcheesi or an MMORPG, we believe there is a game for everyone and that how we play together is a crucial part of how humans socialize," said Playco CEO Michael Carter.

"Connecting players instantly with their friends and family sounds simple, but it's only possible because we've created the world's most advanced web browser streaming game engine, with the backend infrastructure and analytics to handle billions of players," said Waldron.

"Our game engine allows us to partner with all platforms that enable instant play whether it's cloud streaming, google play instant, iOS App Clips, Facebook Instant Games, Snapchat Minis, or new emerging platforms. Using this technology, our small teams can build games faster, understand our players better, and iterate more rapidly than even the biggest game companies in the world like Zynga."

Cross and Otsuka jointly added: "There is a real opportunity here to remove every ounce of friction between two people playing together. We believe we can create the first game and gaming portfolio that the entire world plays. This scale has never before been undertaken — the industry’s current understanding of a "big" game is hundreds of millions of players, but we intend to be the first to create games that billions of people play together."