Mobile spending was up 15 per cent year-on-year 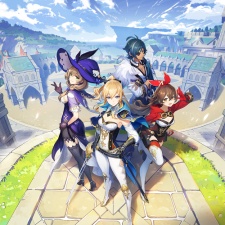 The game was released on September 28th for mobile devices, PC and PlayStation 4. As a free-to-play title, Genshin Impact has adopted monetisation methods commonly found in mobile games, such as the gacha system.

In October, the Breath of the Wild-inspired title hit $245 million in player spending through smartphones alone. Genshin has already become one of the most successful mobile games to come from a Chinese developer.

Within its first week of release, Genshin Impact had generated $60 million in revenue via mobile devices. However, that number grew to $100 million by the end of its second week.

Meanwhile, Niantic's Pokemon Go topped the chart for mobile earnings last month, while Genshin Impact took the No.2 spot. Garena Free Fire followed them in third. The top five was rounded off with Roblox and Peacekeeper Elite.

Genshin Impact has hit $245 million in player spending on mobile