"Our outlook is truly global, and we strive daily to reach hundreds of millions of players around the world" 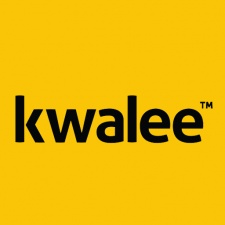 Mobile games specialist Kwalee has beaten the likes of Tesco, Deliveroo, BT and ITV when it comes to app downloads from a UK-based publisher.

Moreover, according to statistics from App Annie, the only organisations to rank above the Leamington Spa-based company are the NHS and BBC.

As such, Kwalee is recognised as the top British mobile games publisher, with just one other company – Gismart – reaching the top 10 for UK publishers via downloads.

Moreover, in January, Kwalee donated a week's worth of profits from Teacher Simulator to charity.

"So proud of the team – Kwalee is bigger than Tesco and ITV! Our outlook is truly global, and we strive daily to reach hundreds of millions of players around the world," said Kwalee CEO David Darling.

"It's an honour to be able to say that we are doing this more effectively than any other UK-based app publisher, not just in the gaming space but across all categories in the private sector."

"We will continue to work globally, both in terms of the audiences we reach and as we continue to establish our growing teams in India and China, but we are proud to be achieving this as a UK-based company and a member of Britain's brilliant games industry."