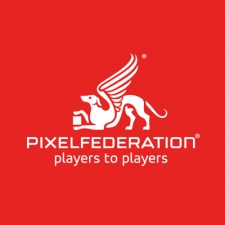 Pixel Federation has confirmed that it will be expanding by the way of a new office in Brno, Czech Republic.

Founded in 2007, the Slovakian developer behind the popular Train Station series stated that its new office will be a mix of current employees and new local talent.

The company's reason for choosing Brno was down to the close proximity of the city to its headquarters, as well as the benefit of a fresh cultural perspective.

The new location will be a central development location that is set to create full and independent projects, with its first releases expected within the next 12 months. The studio now boasts 230 employees and earned over $52 million during the 2020 financial year.

"We have by no means outgrown our Bratislavan offices, but we recognised an opportunity in our company for an international office and decided to start with beautiful Brno," said Pixel Federation chief operating officer Daniel Duranka.

"The proximity means current employees can commute there easily whilst we are also looking to hire new talented individuals from the region and expand our team culturally as well as physically.

"We’re truly excited to see what a move into Brno will bring for Pixel Federation this year and welcome new faces into the family."

Pixel Federation went on to reaffirm that despite the company’s growth, it is still focused on remaining grounded and transparent with its players.

Earlier this year, Pixel Federation entered the Chinese market with one of its biggest titles, Diggy’s Adventure.