The milestone was confirmed by Pixel Federation's Martin Gajarsky 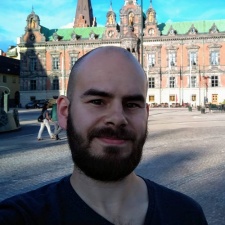 Gajarsky disclosed the figure during his talk on how the studio doubled its retention in Train Station 2 via one update that added visual storytelling. Additionally, by marketing gameplay and focusing on the creative vision instead of being data-driven, the game witnessed a huge increase in retention.

Founded in 2007, Pixel Federation is the largest developer in Slovakia. The company employs over 250 staff members and was further confirmed to have generated $45 million in revenue across all of its library of titles in 2020. Six of these were noted as free-to-play games.

By visualising player progress, users could fulfil their fantasy of being a "railroad tycoon", according to the developer. This, alongside the implementation of story jobs over generated jobs and giving players the freedom of map exploration all contributed to the game's recent surge.

Pixel Federation recently confirmed that it will be expanding by the way of a new office in the Czech Republic.