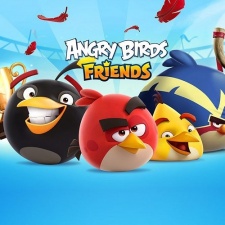 Rovio has partnered with the World Health Organisation (WHO) to promote awareness and give advice on how to stay healthy at home.

As part of the collaboration, Angry Birds Friends will host an in-game event - the Stay Active tournament - from July 26th to July 30th. The event will feature 24 new sports and healthy living themed levels with additional tips on staying active from the WHO.

Rovio has stated that through the team up it wants to encourage players to be physically active in real life and that the WHO is the perfect partner for this.

The Finnish developer previously encouraged similar initiatives, such as encouraging players to protect the planet and teaming with Kahoot to educate players on climate change.

"Engaging people through Angry Birds Friends is a way to promote fact-based information about health. The Angry Birds may be angry, but they want to use their powers for good!"

WHO team lead of digital channels Andy Pattison added: "WHO continues to advise people to find ways to maintain a healthy lifestyle and protect their mental and physical health, including during periods when spikes in COVID-19 transmission means they're spending more time at home.

"We encourage people who play interactive games and pursue other sedentary activities to incorporate movement into their routines and protect their mental and physical health when it's needed most."

Rovio recently announced that it is looking at reintroducing classic Angry Birds titles to mobile storefronts, including the original 2009 release.