Studio’s flagship title, Cyber Wars, is due to be released mid-2022 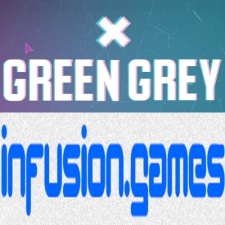 Estonia-based Infusion Games was founded in 2020 by two Russian IT veterans, Sergey Belyaev and Nikolay Shubin, and are currently developing three titles.

The studio’s flagship title, Cyber Wars, is a cyberpunk shooter based around airborne vehicles and is scheduled to release in August 2022. Infusion Games’ art director Oleg Ignatyev previously worked on a similar title, War Robots, at Pixonic.

The investment will allow Infusion to pursue the development of all three titles simultaneously. Infusion will continue to oversee the development and technical tasks surrounding its upcoming projects, with Green Grey responsible for the publishing of future games.

Furthermore, Belyaev will join Green Grey as a technical consultant and the partnership grants Green Grey a share in Infusion Games.

Details regarding the studio’s other titles in development are yet to be released.

Bolstering business on all sides

"We hit it off with the guys from Green Grey immediately and expanded our initial investment plans, which used to include just one project, Cyber Wars," said Infusion Games co-founder Sergey Belyaev.

"Now we want to collaborate much more broadly, by negotiating an investment into Infusion Games itself.

"This decision is very important for us; it has allowed us to work on all three projects at once, faster and more efficiently, without wasting time looking for resources. We can now fully immerse ourselves in bringing our ideas to life."

Green Grey founder Dima Morozov added: "We have faith in Infusion Games' projects and will do our utmost to scale them and promote them in the international market."

"Sergey Belyaev has also become a technical consultant at Green Grey. With his extensive background in game dev, Sergey is now rallying a community of tech experts around our company. This way, our partnership is bolstering our business on all sides, both economically and in terms of valuable human resources."