"It’s a completely different game from what it was a year ago." 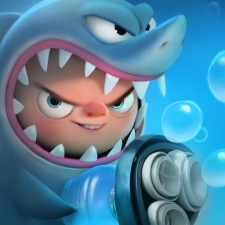 Russian mobile games developer Donut Lab has raised $2.3 million, following a Series A funding round, for its mobile shooter Kids vs Zombies.

As reported by GamesBeat, the funding round featured participation from previous investor Level-Up, alongside Flyer One Ventures, Joint Journey, and Green Grey CEO Dima Morozov, among other angel investors.

The recent funding round brings Donut Lab’s total funding to date to $4.4 million. Last year, the firm raised $1.6 million from a Seed round that was used to continue the development of its upcoming flagship title.

Currently, Donut Lab has 35 employees working on the development of Kids vs Zombies, many of which recently joined the firm.

Kids vs Zombies will be self-published by Donut Lab, has soft-launched in select countries worldwide, and is scheduled to a global release in early 2022.

"Last year, we were thinking that we were very close to launch,” Donut Lab co-founder Tim Raiter told GamesBeat.

"But then we decided that it wasn’t ready yet because we had this system of characters, where you need to combine characters with different weapons and different perks. It was too complicated and we decided to make the game simpler.

"We completely updated the all character system. Now we have 10 amazing characters. It’s a completely different game from what it was a year ago."

The beta for Kids vs Zombies is currently available on Android, and is due to be released in Canada later this month. Donut Lab has stated that the iOS version will receive a beta release early next year.