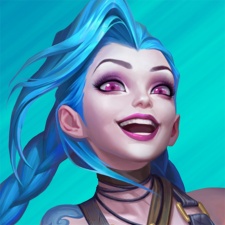 According to App Annie, the free-to-play MOBA reached the revenue milestone 370 days after launching in October 2020.

The game is monetised through in-app purchases and subscriptions for in-game cosmetics and items.

Wild Rift is the second-fastest mobile MOBA to reach the milestone following Honor of Kings which took 249 days.

The US and Brazil are the countries that contribute the highest percentages of consumer spending on Wild Rift.

A league of its own

The majority of consumer spending from Wilf Rift has been generated in the last four months. In July, Sensor Tower reported that Wild Rift had generated $64.7 million for developer Riot Games, contributing over 60 per cent of its mobile games revenue.

As of October, Wild Rift was the fourth largest MOBA in terms of consumer spending worldwide. The recent increase has seen the game rapidly approach Mobile Legends: Bang Bang.

If it continues at its current rate, Wild Rift will likely take the third and then the second spot for MOBA global consumer spending, second only to Honor of Kings.

In July, Riot Games announced that it will expand with a new studio in China to develop new IP. No doubt the company’s presence in China will see the already popular Wild Rift soar, due to the unmistakable demand for MOBAs in the country.