Audience variation between US, UK, Japan and South Korea highlighted 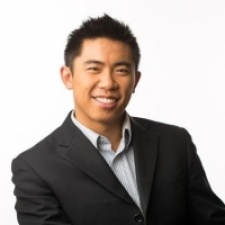 There are plenty of reasons for hypercasual developers to celebrate in Pangle and Newzoo’s latest Mobile Game Genre Report, Hypercasual: Comparing and Contrasting Eastern and Western Markets: 36 of the top 100 mobile games downloaded in 2021 were hypercasual, making this the most popular genre of last year.

The growing popularity of hypercasual is also apparent when compared to recent years; in 2018, 14 of the 100 most downloaded games were of the genre, versus 35 by 2020. Only eight of those titles remained among the 36 featured in the top 100 for 2021, also representing a 157 per cent increase compared to 2018.

Furthermore, in the UK and US specifically, approximately half of all downloaded games in 2021 were hypercasual.

However, there is a very clear disparity between the genre's popularity across North American and European markets and within East Asian countries, where hypercasual has struggled to reach the heights of success in western territories.

Due to hypercasual games profiting primarily from the ads a high volume of players watch, Pangle states that downloads are the key metric for hypercasual above in-app purchases. The most common type of ad format within the genre is interstitial video, Pangle also deduced.

Based on downloads, Super Sonic ranked as the top hypercasual developer last year, followed by Zynga and Azur Games. Zynga recently unveiled its 2022 performance through March 31, seeing an increase in revenue, active users, and more, with the company ascribing its success to its hypercasual performance and acquisitions strategy.

Trends in the hypercasual market appear to shift rapidly, which could account for the variation in the games being downloaded each year. In 2020, the trendy mechanic was ASMR; in 2021, runner and racing became popular as a hypercasual subgenre.

Puzzle games, meanwhile, have remained popular as a subgenre across both years in the UK, with 19 games in 2020 and 11 in 2021 featuring in the top rankings.

In the UK they reached 22 million downloads collectively last year, coming as the second most popular after runner and racing at 49 million. The first Mobile Game Genre Report was released last November with a focus on the puzzle genre.

"The good news is that there is still plenty of potential for new publishers to find success in hypercasual. It’s a genre which is played by every demographic, and the design of hypercasual means that anyone can enjoy a burst of simple gaming fun," said Pangle product lead Jason Wang.

The CPI tends to be lower than other genres, and as player exclusivity is not as necessary, there is more cross-promotion between games in the genre. This promotion of hypercasual has also started to occur in other genres over the last year.

In the US and UK, the audience for hypercasual is predominantly male (65 per cent and 56 per cent respectively). More than half had a higher education and two thirds are in full-time employment.

In Japan and South Korea, 71 per cent received a higher education, and the shared favourite genre between them is role-playing games. Japan and the UK both have a penchant for strategy games, too.

"Selling word games in Asia turned out to be a lot harder than we expected," commented Kooapps CEO and co-founder Chun-Kal Wang. "And on the UA side, it’s all about localising the themes and knowing the culture."

According to Pangle, hypercasual games currently see retention rates fall below 10 per cent after the first week, lower than the roughly 20 per cent seen by mobile games as a whole after seven days.

The report can be found in full here.

Newzoo recently predicted that global mobile revenue will surpass $100 billion this year for the very first time, and that the total number of players "will also have a breakthrough", set to reach 3.09 billion.