Machinations.io has announced a $3.3 million Series A funding round led by Hiro Capital 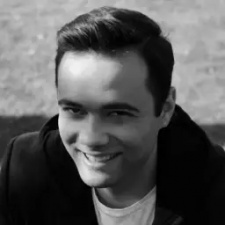 A browser-based platform to build and estimate game economics and structures for premium, free-to-play, and play-to-earn games, Machinations.io has announced a $3.3 million Series A funding round.

The funding round was led by Hiro Capital, a games industry-focused venture capital firm, and with participation from Acequia Capital, Venrex Investment Management, and GapMinder. Collectively, the total amount of investment the company has received so far has reached over $5 million.

The firm plans to utilize the funding to expand its team and operations in order to grow its user base that uses the platform's capabilities.

Founded in 2018, the Machinations.io platform was launched to address the challenges of creating game economies, particularly within F2P, such as complicated rule-based systems with many emergent features that must provide a well-designed user experience that runs organically. It aims to automate and productise unpredictable portions of the game creation process, allowing game designers to focus on the aspects of the process that demand human creativity and inventiveness.

Mihai Gheza, co-founder and CEO at Machinations.io, stated: “We’re humbled to be backed by such reputed VCs and have their confidence in our vision and role within the games industry and beyond. Hiro Capital has been great throughout this process, and we’re extremely excited to be working together, especially with Cherry Freeman, who will be joining our board.

“We’re growing our team and rolling out integrations with the most popular in-game telemetry providers and Web3 marketplaces, pushing towards our goal of becoming the standard for game economy modeling, forecasting, and optimisation - the Machinations Oracle. We envision a future where all systems, architects, and data speak the same language and predict collectively, as I like to call it - The Machinations Borg.”

Spike Laurie, partner at Hiro Capital added: “The team at Machinations.io has forged a set of tools that will be foundational in the future of game design, both centralised games and Web3.”

“The ability for any development studio to use Machinations’ platform to create in-game economies in a streamlined browser-based solution is revolutionary. We’re excited to help the Machinations team take their vision to game creators across the globe.”

As the mobile games industry spools up what is already a record year in M&A, numerous companies are receiving considerable amounts of support, including Nintendo (with five per cent now acquired by Saudi Arabia's PIF) and Paul Farley's recently-launched Firestoke.

To this end, mobile marketing expert Eric Seufert has launched a $10 million investment fund, with the support of Supercell and Huuuge Games among others.