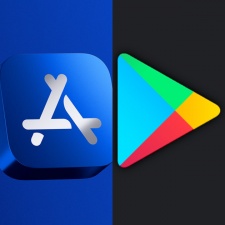 Google and Apple's mobile browser dominance is to be investigated by the UK’s competition regulator.

On Friday 10 June, the Competition and Markets Authority (CMA) announced intentions to take action against payment practices on the app stores, and in Apple’s case, its contentious restrictions on cloud gaming via the App Store also.

Battle of the browsers

According to the CMA, almost all mobile web browsing in Britain was through Google or Apple browser engines, with Apple even banning the use of alternative browsers on iPhones.

They "unilaterally determine" browser rules, it is claimed, and this has resulted in concerns regarding the limiting of potential for rival bowsers, with Google and Apple wielding an "effective duopoly".

A spokesperson for Apple commented: "We respectfully disagree with a number of conclusions reached in the report, which discount our investments in innovation, privacy and user performance — all of which contribute to why users love iPhone and iPad and create a level playing field for small developers to compete on a trusted platform."

The CMA has suggested that Apple could also be blocking the emergence of cloud gaming services: "By preventing this sector from growing, Apple risks causing mobile users to miss out on the full benefits of cloud gaming."

Google, meanwhile, has argued that its operating system offers more choice than alternative platforms and regularly reviews how it can support developers. The company agreed to allow third-party payments for The Match Group's suite of dating apps last month after legal action was taken.

"When it comes to how people use mobile phones, Apple and Google hold all the cards," said CMA chief executive Andrea Coscelli.

"As good as many of their services and products are, their strong grip on mobile ecosystems allows them to shut out competitors, holding back the British tech sector and limiting choice."

Consultation on the proposed investigation reference is due to close next month on 22 July, with both Apple and Google agreeing to engage with the CMA.