Between $2 trillion and $2.6 trillion could come from e-commerce 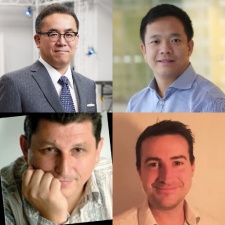 McKinsey & Company’s new metaverse report explores what exactly the metaverse could be, in addition to how value can be created from it.

From the emergence of the metaverse to its myriad characteristics and value-creation potential, the report examines its potential impacts based on interviews with more than a dozen senior leaders and experts in the field.

A survey of more than 3,400 consumers and executives was also conducted, with commentary from gaming luminaries including Square Enix, Niantic, and Epic Games.

We’re trying to not define the metaverse so rigidly that it limits the imagination of creators.

In McKinsey & Company’s survey, 57 per cent of those currently utilising the present, proto-metaverse were eager to transition more everyday activities to it – connectivity cited as the biggest driver. Other activities consumers were excited about include gaming, entertainment and shopping.

Shopping and gaming are also merging, with Gucci forming a permanent presence in Roblox with Gucci Town.

It’s going to be important to create a truly creator-focused economy in the open metaverse, where creators can realize the value of their creations and not just be at the mercy of a gatekeeper that takes all the profit off the top because they are at the gate and they can do it.

From the sample of Gen Z participants, 87 per cent stated in the survey that they were engaged in gaming, meanwhile fitness and shopping were found to be popular with Millennials. Furthermore, a survey of US consumers also found roughly 70 per cent of consumers from Gen Z to Gen X rated digital identities as "somewhat important" or "very important".

Around 79 per cent of consumers who are already active on the metaverse stated having made a purchase on it.

We have Instagram. We have email. We have messaging. And then there’s our real-life friends; the real-life activity that we’re participating in. Sometimes there’s an intersection between those two. But when I think about a real-world vision of the metaverse, it’s really a union of those where they become much more deeply fused; where there’s a digital extension to everything that’s real.

As of right now, McKinsey & Company considers three features to be fundamental to the metaverse: a sense of immersion, real-time interactivity, and user agency. As it expands, platform interoperability and concurrent interactions are also expected.

In 2021, Google search volume for "metaverse" increased by 7,200 per cent globally. Investments are increasing also, venture capital and private-equity funding for the metaverse growing from $13 billion last year to more than $120 billion in the first half of 2022.

Gaming is already incredibly social and you have continuous innovation of social features. But as you’re trying to draw in people who don’t self-identify as gamers, a more extensive set of social-engagement mechanisms is going to be required to convince them to spend more time in the metaverse.

McKinsey & Company’s report predicts that, by 2030, up to $5 trillion will have been generated. Between $2 trillion and $2.6 trillion of this would come from e-commerce.

Whilst 95 per cent of business leaders expressed positive expectations for the metaverse – and 61 per cent believe it will change how industries operate – one of the biggest barriers to entry is that, for 31 per cent of senior executives, the metaverse offers uncertain returns on investments.

This is the right time to be thinking, okay, in real life, you have playgrounds and schools. And very clearly, they’re fun, playful spaces. But, equally, in the same way that you wouldn’t have a child walking alone after midnight in the middle of Soho, you wouldn’t want the same thing to happen in the metaverse.

While the concept of the metaverse remains woolly at best, there is no denying the interconnectivity of opportunities that other industry are exploring, with Spotify recently established permanent presence on Roblox, and even the latest single from Black Eyed Peas, Shakiri, and David Guetta exclusively available to play on Space Ape Games' Beatstar two days ahead of its global release.