Gucci Town, a “virtual piazza in the landscape of Roblox” follows Spotify, Gap, McLaren, the Brit Awards, and near-countless others 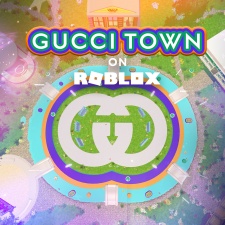 High-end fashion house Gucci is the latest in a long line of brands that have partnered with Roblox, although its latest is a permanent “persistent digital social space” to showcase the firm’s latest products.

This follows Spotify’s collaboration with Roblox, establishing Spotify Island, a virtual space that is said to create “an easy opportunity for artists to connect with fans and to partner with Spotify on the creation of in-game virtual merchandise”.

Roblox is no stranger to brand partnerships – the list of limited experiences from the past six months alone is near-exhaustive – but the decision to create permanent presences, as in the case of Spotify and Roblox, is more unusual.

Roblox has been criticised for its lack of protections for its young player base, including against community members and from its “black market” monetisation of collectables and wearables, and allegations against its founder, David Baszucki, for repeatedly exploiting small business tax reliefs.

But Roblox’s dominating ubiquity remains a considerable draw for brands, and PocketGamer.biz expects to see more permanent collaborations as firms seek to solidify their grasp on the amorphous metaverse.

Roblox has been making considerable new hires in recent times, including former Zynga and Twitter exec Nick Tornow, who joined Roblox as vice president of engineering for development.