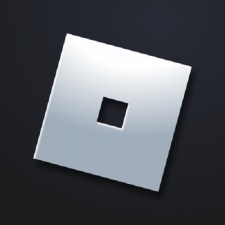 According to The New York Times, when Baszucki founded the company in 2004 he applied for the Qualified Small Business Stock (QSBS) and has continued to exploit the benefit since.

Introduced in 1993, the QSBS was created as an incentive to invest in small businesses, allowing early investors to avoid paying tax on at least $10 million in profits.

However, with Roblox now worth approximately $60 billion, Baszucki and his family have supposedly been able to exploit a loophole in this QSBS 'at least 12 times'.

The New York Times stated that "Baszucki’s wife, four children, mother-in-law and even his first cousin-in-law" are among those that have avoided "millions of dollars" in capital gains taxes, according to securities filings and "people with knowledge" on the matter.

Roblox is not the first firm to be accused of using the loophole, with other Silicon Valley firms also reportedly abusing the QSBS tax break, including Airbnb, DoorDash, Lyft, Uber, Zoom, and Pinterest.

In 2021, Roblox was one of eight mobile games to generate over $1 billion in consumer spending. The firm recently reported that its Q3 FY2021 saw an increase of 102 per cent, generating $509 million.

Roblox came under fire in December 2021 for "stock market-like collectibles" and a lack of safeguarding from YouTube channel People Make Games, alleging that the firm does little to prevent the exploitation its young user base.