The virtual interpretation of the gown was one of 432 sold 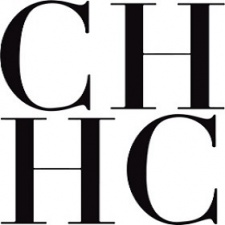 A virtual interpretation of a designer dress has sold for five thousand dollars on Roblox.

The dress is a replica of a Carolina Herrera gown modeled by supermodel Karlie Kloss at New York Fashion Week. Simultaneously with the event, Kloss wore a recreation of the dress in Roblox created by Roblox user Lovespun. The dress was immediately put on sale on the Roblox marketplace for 500 Robux ($5)

The cosmetic was available for four hours, selling 432 units. Since the initial sale, the replicas have reached an average resale value of $188,257 Robux which equates to $1883.

As resale price is dependent on supply, multiple replicas have sold for more than $1000, as well as the aforementioned $5000 price earned for one such item.

In an email to Vogue Business, designer and Carolina Herrera creative director Wes Gordon stated “It is exciting to see that there’s been such a great response to the dress, and the fact that there is such appetite and interest in celebrating fabulous fashion no matter where – from our runway show at The Plaza Hotel all the way to the metaverse,” designer Wes Gordon said via email.

The future of fashion

The dress was made using Roblox’s layered clothing technology, which allows for more realistic 3D clothing that fits any avatar’s body type.

“I believe there will be a deeply symbiotic relationship between physical and digital fashion and both will be reflections of how we want to express ourselves… it is only a matter of time before we see a more parallel relationship between what we see on the runways and the designs we wear and own in real life and in the digital world,” said Kloss.

As the metaverse continues to evolve, businesses are increasing their efforts to gain a foothold in the emerging space, and fashion is no exception. Labels such as Gucci and Tommy Hilfiger operate permanent worlds on the Roblox platform. Karlie Kloss herself previously collaborated with Roblox user Builder Boy on the Fashion Klossette Designer Showcase.

Last month, we listed Roblox as one of the top 50 mobile game makers of 2022.