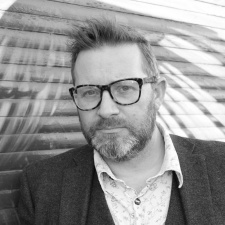 The event will showcase Scotland’s pioneering and diverse games ecosystem, with focus on issues such as design, publishing, and education from the home of some of the world’s most popular games franchises, such as Grand Theft Auto, Minecraft, and Lemmings.

The Scottish Games Week programme will include events in Glasgow, Edinburgh, and Dundee, as well as the Highlands, Islands, and Borders.

Events will include a two-day industry conference in Dundee, an education symposium which will bring together educators and stakeholders from across the education and academic landscape, and the first ever Scottish Games Awards, which will focus on local clusters and topics relevant to each region of the county.

“Scotland’s future as a digital society”

“Scotland is home to an incredible games ecosystem. We have over 300 developers and creators across the country, from the largest studios, to part-time indie developers. Eleven colleges and seven universities in Scotland are producing graduates with games design, development, and production skills,” said Brian Baglow, director of the Scottish Games Network and managing editor of PocketGamer.biz.

Baglow noted that the event will not just celebrate the country's gaming heritage and future, but also explore its widest and most diverse application. He stated: “In terms of serious or applied games, there are numerous examples of games being used for physiotherapy. The team at Konglomerate for example have a game which helps kids with cystic fibrosis to do their breathing exercises and airway clearing. Or Game Doctor in Glasgow produced Remedy Quest which is all about vaccination and how vaccines work.

"There’s a chance for games to be seen as far more than ‘mere’ entertainment and to integrate them into other areas of our lives like education and physical and mental well-being."

“Games are the most successful entertainment medium in the world but people just don’t know Scotland’s part in that story in 2022. I’m thrilled to be heading up the Scottish Games Awards jury to recognise Scotland’s talent and, importantly, show it off on the world’s stage,” said Lucy Blain, journalist and BBC broadcaster.

Mobile games firm Hutch recently established a permanent team in Dundee. As of 2020, Scotland represented the fourth largest games cluster in the UK.