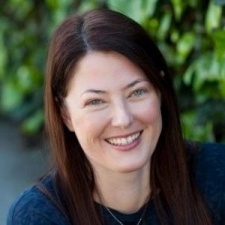 Formerly vice president of acquisitions and business affairs at Zynga, Stapleton is a veteran of 20 years in Silicon Valley among a variety of companies, such as private equity and venture capital firms.

Stapleton commented: “Tim and Aletheia have built a world-class company in the skill-based gaming market. As more players discover the thrill of competitive play in skill-based gaming, and as more companies look to broaden their reach to users through engaging content, Tether Games is uniquely positioned to serve these audiences with its superior quality head-to-head competition and tournament style games.

“I look forward to applying my experience in investments, M&A, and scaling high-growth organizations to help take Tether Games to new heights.”

“This is an exciting time for our business with rapid growth across our catalog of games. I am delighted Sara has joined our team to help us accelerate our growth. Her expertise in investments and M&A within the tech and gaming industries, along with her understanding of how to work closely with Fortune 500 companies in this space make her ideally suited to accelerate our growth during these times of significant growth and change,” said Tim O’neil, co-founder and CEO, Tether Games.

“As part of our commitment to continually attract and retain women thought leaders from the games industry, we are pleased to announce that Sara has joined Tether Games. We’re in a unique position, poised for tremendous market growth as more players embrace casual competition on mobile,” added Aletheia O’Neil, co-founder and COO.

This announcement comes in the wake of Tether Games’ surpassing $250 million in lifetime revenue in 2021, with the developer’s catalog of games being downloaded more than 30 million times.

Stapleton joins Tether during an increasing push for diversity and equality within the mobile games space.

Take-Two stands up for reproductive rights