Previous investments made in Axie Infinity, Gamefam, Legends of Learning, and more 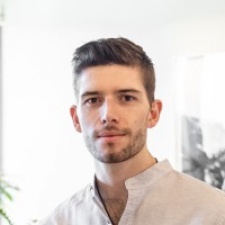 Named Konvoy Fund III, this fund will concentrate on pre-seed, seed, and Series A companies in the games industry with a focus spanning from Web3 games to gaming tech.

"This new fund will not only allow us to focus on additional geographic regions, but also new types of companies and technologies," said Konvoy managing partner Jackson Vaughan.

"Our growth and industry impact since launching Fund I has been spectacular to be a part of, and if there’s one main learning from this period, in which the world has undergone unprecedented disruption, is that there is such an enormous opportunity ahead of us."

"The pandemic was an adrenaline shot to the gaming industry because more and more people turned to games as a source of entertainment and also a way of staying social with their remote communities," said Konvoy managing partner Jason Chapman.

"While no industry can be recession-proof, we see gaming as being recession-resilient."

Regarding such support from Konvoy, Axie Infinity co-founder Jeffrey Zirlin commented: "Konvoy has been invaluable to our scaling efforts. From sourcing, interviewing, and helping close candidates to dig into game data with actionable insights … Konvoy was the only traditional dedicated gaming fund to see around the corner and back us early."

Sky Mavis recently unveiled the first projects from its Builders Program, designed to allow players to monetise their own creations.

Chinese mobile games provider NetEase made a new investment of its own this week, entering the Polish market via its "several million dollars" investment into Something Random.