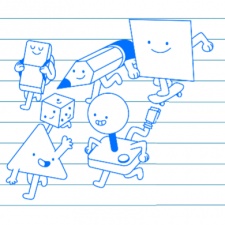 The Global Game Jam, the world's largest game creation event, and Photon Engine, a leading multiplayer service provider, will host a one-month-long Back to School Multiplayer Game Jam for the start of the new academic year for a lot of the world's students.

The Jam will start on September 16th and end on October 16th. During the jam, attendees will learn how to add multiplayer features to their games and create fun, competitive or cooperative multiplayer games using innovative technology from Photon Engine.

Participants can use any device of their choice - console, PC, mobile, tabletop, CCG, escape room and VR/AR are all allowed in the competition. Players have to upload pictures and a PDF with instructions on how to print out, create the game pieces and play their games if they make a non-digital game. Global Game Jam would prefer if the instructions came as a video of a playthrough of the game.

This game jam will mainly take place on the GGJ Discord Server, where developers will form teams of varying sizes to create a game following a set theme within a given time.

A panel of games industry veterans, comprising representatives of the GGJ, Photon Engine, subject matter experts and regional representatives will judge the games. Their decisions on the winners will be based on overall game design, best use of the theme, visual design and technical skill.

Multiplayer games generally are hitting milestones recently. July saw Diablo Immortal surpass $100 million in global revenue. Mark Val, head of growth at Photon Engine, spoke about the exploration of multiplayer competition as a guest speaker on Pocket Gamer Connects Seattle back in April. The conference exposed all the secrets to success within the multiplayer game sphere.

Emmanuel is a Staff Writer at PocketGamer.Biz. He has a Bachelor's Degree in Computer Science and a Master's in Creative Writing. With previous experience as a content writer and copywriter in the tech and education industry, Emmanuel now comes into the gaming industry with open arms.

Sky: Children of the Light collaboration with singer, Aurora