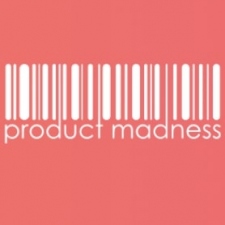 Mobile game studio Product Madness, the makers of gaming titles Heart of Vegas and Cashman Casio among others, has announced that the firm has won two prestigious accolades in the 7th annual Stevie Awards for Great Employers in 2022.

The Stevie Awards for Great Employers recognise the world’s best employers and the human resources professionals, teams, achievements and HR-related products and suppliers who help to create and drive great places to work.

Founded in 2007, Product Madness became part of Pixel United's global portfolio in 2013 and has flourished since then. Now the team's efforts have secured a gold trophy for Engagement and Happiness and a silver trophy for Talent Acquisition and Recruitment in the HR categories of the awards.

The studio prides itself on being people-centric, valuing creativity and maintaining a diverse and inclusive work environment for its people.

“We are absolutely thrilled to have been honoured with these two incredible awards celebrating our team’s achievements," said Product Madness MD and president, Yoav Ecker. “We pride ourselves on putting our employees’ happiness and wellbeing first and creating a workplace where people can thrive, and we are overjoyed for that to be recognised by The Stevie Awards.”

As part of the studio's growth, Product Madness established a new development hub in Barcelona, Spain, in May 2022.

To add to this, the firm introduced Madness Ventures, which a one-of-a-kind incubator program designed to support game developers as they build, test, and market their new free-to-play, chance-based mobile games.

Overall it's been a year of expansion with Tencent Games also opening a Liverpool-based studio in the UK in May. More recently, Aiming Inc., a co-developer of Apple Arcade's World of Demons, announced the opening of a new art studio in Taichung, Taiwan in order to best support the region's thriving game market.