The new genre has emerged from the hugely competitive hypercasual 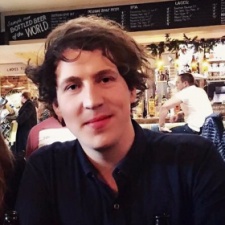 Player analysis platform GameAnalytics’ recent games article suggests that there are a number of key factors in creating a successful hybrid-casual title.

Given the amount of competition in the current hypercasual market, Chay Hunter, EVP of marketing at GameAnalytics states that "short, simple and satisfying" gameplay and meta-features should be combined for an optimal hybrid-casual experience.

The hypercasual mobile genre has grown massively in recent years, accounting for 27 percent of global mobile downloads in 2021 at a 32 percent year-over-year increase.

Thus with growing competition in the genre, Hunter advises that games should feature progression systems or collectables to retain more players, thereby shifting from hypercasual to the new genre of hybrid-casual.

One such progression system would be including RPG-style mechanics like classes and level-ups to impact the gameplay loop, and another would be incorporating "daily or weekly rewards for completing a set of quests", Hunter adds.

The GameAnalytics article also discusses the value of a game economy, customisation, game lore and appealing to completionists with in-game collectables and achievements. In the case of customisation, the appearance of an avatar, object, home or city might be monetised or unlocked through the gameplay.

The strength of a story

"Competition drives engagement," says Hunter. He suggests that including social elements in a game, such as chatting, guilds, leaderboards or even a friends list, can increase the competitive drive of players and thereby raise a game’s engagement. A system that enables users to invite friends to play could also help to grow its audience.

Sensor Tower reported that in March 2022, hypercasual title Merge Master was the most downloaded game on the App Store and Google Play with 28.3 million installs combined.

But Hunter notes that trends are shifting, moving away from hypercasual and towards hybrid-casual, where retention is especially important. Compelling characters with strong motivations and conflicts to overcome are powerful tools in a game, he highlights, with a narrative being "arguably the single most influential feature that can keep players coming back".

GameAnalytics on the importance of Narrative design