The game publisher lauds an ability to help developers increase their game’s popularity, retention and playtime, but how did they do it? 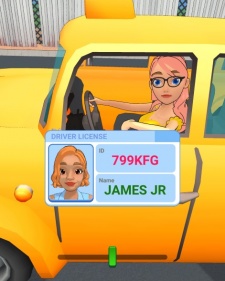 Supersonic is one of many game publishers which talks up its ability to help developers increase the overall success of their games. One recent post of theirs was a case study on the success of ‘Car Cops’ which was developed by a three-person studio based out of China called Ice Cube Studios.

Although Supersonic’s post is naturally quite self-promotional, there may be some important elements to be gleaned from their approach and why they say their way is the best.

Naturally, the first thing that Supersonic points to is the size of Ice Cube Studios. For a hyper-casual game, as they classify Car Cops to be, this is understandable. Simple, small games benefit from agility in any studio. Their decision to partner with Supersonic is also a natural step, to gain access to the greater resources a publisher can offer. At this stage their D1 retention rate stood at 29% and their D0 playtime at 1400s.

Yunfei Zheng, the lead developer, also explained how he got the idea for Car Cops from “a PC game I enjoyed playing.” Which is not surprising as the gameplay itself resembles a stripped down and more light-hearted version of the 2013 game ‘Papers Please’. This is not necessarily a bad thing, as many hyper-casual games simplify more complex games down to their core elements.

Taking a grim and unapologetically tragic game about border policing in a Soviet-inspired police-state and turning it into a semi-comedic game about checking licence plates and car trunks could strike some as inappropriate. But it does display a shrewd understanding of why the core gameplay loop works as well as the challenges in discarding Papers Please’ story-based gameplay for a  goal and meta that would appeal to a casual mobile audience.

The case study notes that the introduction of ‘idle arcade’ mechanics boosted the game’s D1 retention rate by 15% (to 34%) and its D0 playtime by 400s (to 1800s). They also note how utilising interstitial ads increased their game revenue.

Car Cops reached #4 on the Android charts and stayed in the top 10 for more than a week, although Supersonic's largest aid was the natural advantage of supporting ongoing development. What’s more interesting is seeing another unique mechanic being adapted for the mobile market which, like it or not, appears to work. We noted Supersonic’s success in July when we looked at the Israeli game industry’s valuation of $8.6 billion.