SpongeBob and Narcos get new games, with an unnamed title also in the works. 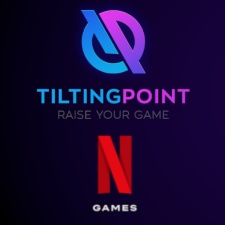 Tilting Point has announced that it has partnered with Netflix to release three games to Netflix subscribers, reports Licenseglobal.

The first title is SpongeBob: Get Cooking, which was released earlier this week. Based on Tilting Point’s hit title SpongeBob: Krusty Cook-Off, which has surpassed fifty million downloads worldwide.

Narcos: Cartel Wars Unlimited, a strategy title based on the Netflix series Narcos, is adapted from the true story of drug kingpin Pablo Escobar. As with SpongeBob: Get Cooking, this title is similarly based on a previous Tilting Point title, Narcos: Cartel Wars. Bleedingcool reports that the game has earned $60 million in revenue and 20 million downloads, so whilst the game isn't on the same level as Candy Crush or Roblox, it's clear it's enjoyed modest success.

The third game has yet to be named but will be developed in partnership with Netflix and Emerald City Games, and released exclusively to Netflix customers in 2023. It's currently unknown whether it will be based on a previous title.

"Our guiding principle is to find every way to maximize a game's reach to new audiences, geographies and platforms, so for us to expand the possibilities for our games through this partnership with Netflix is an incredibly exciting moment," says Tilting Point  co-CEO and founder Kevin Segalla. "We diversify and publish games on multiple platforms and services, depending on where they fit best, and we know that mobile games like 'SpongeBob: Get Cooking,' 'Narcos: Cartel Wars Unlimited,' and more that are in development are all perfect matches and will provide incredibly rewarding experiences for Netflix members."

Although it was recently reported that less than one percent of Netflix subscribers engage with the company’s catalog of mobile games, it appears that the company remains optimistic about the future of its gaming branch. This partnership could help the company leverage its portfolio of series' and films into successful mobile titles, utilising Tilting Point’s expertise in this area as it attempts to increase its footprint within the games space.

Last month, we listed both Netflix and Tilting point as two of the top 50 mobile game makers of 2022.