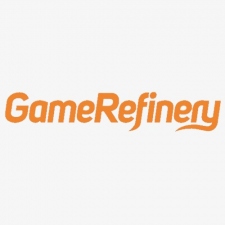 GameRefinery has delved into the state of the mobile market in the US, Japan, and China with its monthly report, examining the success of various games and events during the period.

Marvel Snap was the biggest release of the month, storming to the number one spot in the US charts, number 2 in Canada, Number 3 in the UK, and number 8 in Japan. A massive marketing push helped the game perform well in terms of downloads, however the revenue-per-download figures are low, with Gamerefinery questioning whether the game’s monetisation model will be sustainable should player numbers drop.

Many games, such as Diablo Immortal, Mario Kart Tour, and State of Survival, took advantage of Halloween to run special events, however one of the biggest of the month was Cookie Run: Kingdom’s collaboration with Korean boy band BTS, which launched on October 13 and will run for 100 days. The event includes new gameplay modes, characters, and contests, including the chance to win concert tickets via a raffle system.

October also saw number of games change their approach to gacha systems. While several games, such as League of Legends: Wild Rift and Westward Journey Online both added new gacha elements, others such as Mario Kart Tour and Brawl Stars removed such mechanics.

In the US, Game of Thrones: Conquest celebrated its fifth anniversary with the Book of Conquests event, whilst Clash of Clans’ latest update caused daily iOS revenue to jump a staggering 500 percent. Meanwhile, Garena Free Fire added a collectibles album, Trend+, for its exclusive cosmetics, as Sea Ltd. Continues to capitalise on the demand for virtual merchandise. The company is using Trend+ as a platform to launch in-game fashion brands, with the brand that receives the most votes getting incorporated into the game as cosmetics.

Magic in the air

The Harry Potter franchise continues to be a strong performer in China, with the latest update introducing new mechanics, game modes, and a radio event, allowing players to earn rewards for listening to an in-game radio.

As with the Cookie Run: Kingdom event, music proved to be a strong draw during events in October. Uni’s on Air featured an in-game lottery as part of its third-anniversary event, giving players the chance to win concerts for upcoming concerts by idol groups Sakurazaka46 and Hinatazaka46, while Project Sekai Colourful Stage feat. Hatsune Miku hosted a second Connect Live concert experience, hosting in-game concerts.

The prevalence of musical events within games this month showcases once again the strength of mobile gaming as a platform for music. In August, Beatstars collaborated with rapper Eminem on a new event, which quickly became the most successful in the game’s history.

GameRefinery rolls out automatic tagging for over 100,000 iOS games