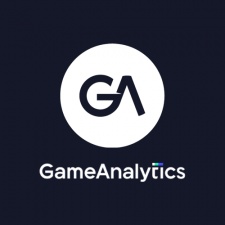 Deciding between two different courses of action is perhaps the hardest part of running any business. GameAnalytics recently wrote about how data warehouses can give you insights, trends and information. All of which enables developers to make more informed decisions.

But what sort of decisions do they help with? How do you take that insight and make practical choices? In this article, GameAnalytics walks through nine decisions developers may need to make - and highlight how a data warehouse can help.

Why do developers and publishers use data warehouses?

Most hit studios and publishers have a portfolio of games. A data warehouse brings together the data from across this portfolio and converts it into a format that can be searched.

With more data, it’s easier to spot trends. Knowing the trends, bugs can be fixed, ads optimised, ideas analysed for best performance and attention focused appropriately. More attention on the right games leads to more revenue. Without a data warehouse, it’s like stumbling around a dungeon in the dark, guessing which way leads to the treasure. A data warehouse provides true sight: users can see things for what they truly are.

Nine insights which can be pulled from a data warehouse

Once a company has set up your data warehouse, it’s time to start asking some practical questions. But where do you start? With so much information at your fingertips, it can be a bit daunting. So let’s look at nine ways games companies can use a data warehouse.

Decision one: Which paid items can I promote? And which can I scrap?

We recommend running an A/B test to see whether it’s the purchase or another factor. It could just be that you have too many options, which can frighten people off (there’s a good TedTalk on this topic - Sheena Lyengar explains how too much choice can harm sales). It’s also possible that it’s just in the wrong place. Placing a poor offer next to a good one, makes the good offer look even better.

It’s worth noting that in the GameAnalytics web tool, users can analyse any A/B tests. But with the Player Warehouse, you can see every player from an experiment and draw your own conclusions.

Once you’ve run a test, you can add your most popular purchases to your onboarding and you should see a bump in your average revenue per paying user (ARPPU) and your lifetime value (LTV).

Decision two: What should I do with my whales?

Whales are extremely important to your bottom line. With a data warehouse, you can see how many you have, how often they spend, and what precisely they’re doing in your game.

Once you know these spending habits, you can decide exactly what to show them. You can find out which items or packages they prefer. For example, do they like to buy the largest bundle or lots of small bundles? How often do they take up an offer? Is it better to have them make one big splash or entice them to spend a little every month?

Decision three: Should I cross-promote or use ads?

While a popular game with high retention might draw in a lot of lifetime value from your players, not every game is going to draw in a huge amount from ads.

These smaller games – ones that bring in little revenue – might still bring in a lot of new players. You can use those games to move players over to a more in-depth game that you know has a better average revenue per user (ARPU).

With a data warehouse, you can see how many you have, how often they spend, and what precisely they’re doing in your game...

In general, it’s best to cross-promote on games where you aren’t seeing much revenue or on games where too many adverts would disrupt the flow and lose you the player. Instead, you push these players through a funnel to a game you know has higher returns.

You might also decide to cross-promote certain groups of players to a game more suited to their spending style. Do you have a group of players who tend to use in-app purchases, but they’re in a game where you don’t have many? Guide them to a different game in your portfolio.

Your ads are your income. But cross-promotion is like a sieve, separating people to the places where they’ll be most valuable.

What should I do?

The best way to figure out whether you should cross-promote or use ads is to either plug your data warehouse into a machine learning algorithm or run a bunch of A/B tests. For example, you could run an A/B test to see where to place your ads.

Decision four: Which players should I show more IAP offers to?

Not every player reacts in the same way to offers and IAP. With the right data, you can start creating groups and divide your players into different categories (this is especially important for your whales). You can change which offers you show them. Perhaps provide offers on cosmetic items to one group, while you show another loot boxes in bigger bundles.

Decision five: Which players should I show more ads to?

If you create groups of players, you can spot which players drop off your game when they see ads. When they next download a game from you, you can make sure to show them fewer adverts and keep them around for longer. You could even show them an option to remove the ads.

Likewise, you can add a player to a group that doesn’t buy IAP. With this group, you can deliberately show them more adverts, show them more offers to encourage them to spend or add rewards for their patience.

Decision six: What should I do with my weakest games?

Don’t write off a low-earning game, just because it’s not creating revenue. Perhaps it has other uses. For example, it could help you discover whales or introduce your players to your other titles. You can use these games to find your best players and even drill down further, creating a group of players who play more than one of your games.

You can also look at why those games are performing poorly. Are there too many ads? Do they have different features? Is it the genre? Learning this, you can experiment and make tweaks to see what works. You can then use this knowledge on your better-earning games to really see a difference.

Decision seven: Which players are likely to give good reviews?

Even low-spending players can have value in other ways. When creating your groups, look for players that often give good reviews. (Often these are the ones with the highest playtime, who installed a long time ago, spent a lot of money, or have had no bugs flagged.) You can now create a new group and prompt them to leave you reviews.

If you need to give them more incentive, give them a freebie for their time. They’ll see that you value them and are even more likely to leave a positive review.

If you see a problem during your onboarding, it’s best to remove it and stick it in for review.

Decision eight: Which levels are best for my tutorial?

Spotting a tricky level can help you see whether you need to improve your tutorial. It could be that you didn’t explain a concept well enough or that your players aren’t remembering a certain mechanic. It could even be a bug that needs fixing.

If you see a problem during your onboarding, it’s best to remove it and stick it in for review. Rather than leaving it while you try to solve the problem. A quick decision at this point can help increase playtime and retention.

Decision nine: Which countries should I spend my advertising on?

You’ll find that some countries will give you players who spend money, while others are useful to run tests. With the right searches, you’ll find out which gives you the best lifetime value. These are the countries you want to take the least risks with and show the most ads to.

Get started with Player Warehouse

GameAnalytics designed its Player Warehouse specifically with developers in mind. It brings together the data from all your games, connects with the company’s other tools as well as letting you link up with third-party applications.

Get started and make the most of your games.

What is a data warehouse and why do hit studios use them?