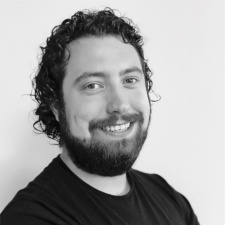 Michael Hudson is CEO and co-founder of GameBake

While Netflix execs would doubtless disagree, the company’s acquisition of three games studios in the last six months, including Boss Fight Entertainment and Next Games, points to a recognition that content is king; and that mobile gaming content is the king of kings.

Content bundling is a tried and tested way of adding value for subscribers and is used by everyone from T-Mobile to The New York Times (anyone failed a Wordle yet?) to keep users in their ecosystems.

Saw it on TikTok

Netflix is far from the only tech giant prioritising gaming. While Facebook – rather, Meta – has a relatively long tradition of Flash and then HTML5 gaming content, with 350 million people playing games on the platform, it’s now focusing heavily on Horizon Worlds to create a user-generated social gaming competitor to Roblox.

TikTok also isn’t taking its meteoric growth for granted but, like Snap, is rapidly making instant HTML5 games a core part of its offer to its community.

Each has a slightly different approach to gaming content based on their audience characteristics and, crucially, platform features. The viral shareability of TikTok and proprietary Bitmoji features on Snap give social platforms’ instant games unique twists, and the fact that games are embedded so seamlessly into the app means there’s no need for players to leave it for their mobile gaming fix.

Netflix’s nascent gaming offer doesn’t yet have the fluidity of the social platforms, with users having to leave the app and download existing mobile games. Owning great studios is relatively straightforward for a company of Netflix’s resources, but adding mobile content that users can get elsewhere isn’t enough.

To really add value for customers, Netflix needs to create exclusive games that tie-in with its best IP – which is increasingly important, given the threat from the likes of Disney+ – and make playing games on the platform as seamless as streaming video.

It’s not just mobile gaming content that tech giants are increasingly leaning on, but mobile games monetisation too. Monetisation of gaming content with IAP and brand ads on these platforms is widespread. User acquisition and retention mechanics are less established but are being closely looked at: imagine being able to jump from a TikTok video straight into the game it showcases.

On the other hand, ads on Roblox tend to be for other games, meaning they can be effectively used for user acquisition (although if you thought the Apple App Store and Google Play took a big chunk of revenue, you’re in for a shock on Roblox).

In light of its recent subscriber figures and the global cost of living crisis, Netflix is even exploring an ad-supported tier – a sort of hybrid between hypercasual free-to-play and a full-price subscription. And as blockchain grows as a monetisation layer for mobile games, tech giants will doubtlessly look to the likes of Sky Mavis (a giant of the Web3 scene with a $3 billion valuation, though this pales in comparison to web2.0 behemoths) and Axie Infinity for retention and monetisation inspiration too.

At the Pocket Gamer Mobile Games Awards in April, Niantic’s Karla Reyes, winner of the Rising Star award, said something to the effect that – I’m paraphrasing here – mobile games often get a bad rep from outside the industry, but we should be proud that we’re doing some brilliant stuff. She’s right: the biggest and most powerful companies on earth are looking to mobile games to add value for their users through the best possible content. What better validation of our work can there be for mobile games devs?