Why gaming is increasingly important to tech companies 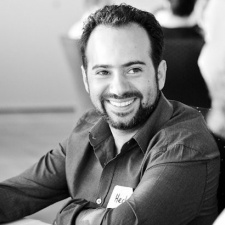 Gaming has exploded over the past two years and shows no signs of slowing. But elsewhere, tech and media offerings have begun to see a significant slowdown, in part, due to consumers becoming increasingly price-conscious, coupled with a shrinking pool of potential subscribers/users.

To combat this and to increase the engagement of its current userbase, there is now a growing trend amongst tech companies to turn to gaming. Gaming presents a unique opportunity for companies such as TikTok to increase ad revenue and ARPU and companies like Netflix may see it as a novel marketing tool to help reduce churn and utilize their current and future IP as a way to help justify a paid subscription.

Ultimately, it's good news for third party developers, particularly those such as Zynga and other hypercasual studios whose games are accessible to a broad userbase and could be easily implemented in-app.

Subscription businesses such as Netflix are particularly susceptible to churn, so engaging the current user base is a must. Content is king and diversifying content through gaming will help keep users on a platform.

Keeping content fresh and relevant has always been a challenge, however, it is promising to see that there is an appetite for this type of offering, particularly with the exclusive content cross-overs by Netflix’s own IP. Stranger Things, for example, has its own game, and with a new season just launched, the consumption of content on this IP will skyrocket.

Many tech companies can look to Netflix’s model as a good example of how churn can impact a business’ bottom lines. Countering this with gaming has proven successful thus far with Sensor Tower recently reporting that Netflix Games has reached a very respectable 13 million downloads – highlighting the potential for gaming to be scaled.

Netflix Games, while still in its infancy, has decided it will be mobile-first as this will increase accessibility as other mediums such as TV have functionality limitations. In addition to this, developers considering Netflix Gaming in the near future will likely not have to worry about monetization lending itself to increased adoption.

The medium of gaming has evolved in the past few years to one where there is an active and engaged community, but only if the price and offering is right. There are also a lot of opportunities for tech companies to increase their ARPU by tailoring their platform to gamers.

Take TikTok, for example. While the platform does not have a user growth problem like Netflix, it is being proactive in its approach to app engagement, time spent in-app, and alternative methods to grow its advertising business.

Hypercasual titles will be a focus considering their accessibility, ease of use, and implementation

The entertainment app has been testing HTML5 games, a format most often seen in minigames as well as playable ads. This seems to suggest hypercasual titles will be a focus considering their accessibility, ease of use, and implementation in the app. TikTok’s partnership with Zynga is also a testament to this.

It’s ultimately early days for TikTok Gaming although this could be ramped up quickly and ad-supported games are conceivable.

Marketing content that complements its current offerings and helps keep users in-app seems much more viable in the short term. Utilising gaming as a marketing tool is an interesting approach, one which has the ultimate goal of keeping users engaged and generating revenues from subscription and marketing content.

The fact so many companies are pivoting to gaming as a means to either attract or retain users is a good sign for the industry. Implementing games will be seen as accessible which in turn, opens up new user demographics that may not have been so easily attainable in the past.

The tech industry is at a crossroads, where product diversification will be paramount to suit these new gaming opportunities, as gaming has become one of the main ways to keep users engaged with high revenue potential.

Google, Voodoo, JoyPac and more to speak at hyper-casual games summit in Shanghai on August 1st