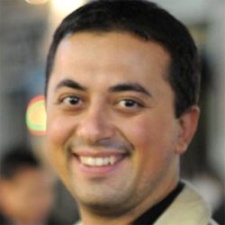 Recent months have seen a spotlight shone on the mobile games market for children.

Growing concerns over the regulation of IAPs, intrusive advertising, and the amount of screen time kids are racking up has prompted a call to arms for developers to create safe environments for children to explore the virtual world.

Founded in 2015, Joyful Works is a new mobile studio who wants to answer this question, by creating games for children that are both entertaining and safe to play in.

Each game the London-based company creates will have no IAPs, no invasive ads, and be sprinkled with a generous dose of educational merit.

We caught up with Joyful Works director Basar Simitci to learn more about this emerging market.

Pocket Gamer: Why did you choose to start a studio specialising in games for children?

Basar Simitci: I suppose the main reason would be my daughter. It is only natural that you not only want to, but also are able to think and create about things that play a big part in your life.

We've been seeing a lot of increased attention from regulators on apps and games for kids – does that make this space particularly tricky?

No, on the contrary, having regulations and standards simplifies things for studios like us, who want to produce good quality games for children.

It is only good for us that the parents have some tools to tell apart the safe, good products from the others.

How are you going to make money on these games?

We believe that the solution lies in establishing our brand properly as a brand that offers safe and educational fun for children.

To achieve this we will promote our games on trustworthy outlets which the parents can rely on for good advice and provide video content to demonstrate what the parents will get after paying for one of our games.

There is a demand for good quality kids games, and it's growing rapidly.

And I believe offering the games as paid games actually contributes as well, since with a paid game, the parent's don't have to worry if the game will try to push the child to buy additional stuff or if the game will display an inappropriate ad.

It's great to have kids gaming, but GDC 2015 put special emphasis on the importance of developing games that get kids moving – not just being sedentary. Have you thought about this?

We have, as this is an issue we're hearing from parents in our social circle as well.

My daughter enjoys physical real-life games as much as playing on the tablet so this is not an issue we have experienced first-hand, but we are aware that this may be the other way around for lots of kids and therefore an issue that must be taken into consideration while building a game, even if that game is a screen-only game.

So we are taking care to build all our games to offer quick fun, games that the child can start playing quickly, and leave quickly.

As for a game that actively requires the child to move around, there is one idea of a game which incorporates using the device's camera to hunt down colours in our pool of ideas. It is currently in an early idea stage so you may hear more about it probably after summer, if the idea transforms to a project nicely.

How much do you have to think outside the box to develop a kids game?

I don't think developing kids games requires less or more of any activity that you need to do in order to make a game.

You have to think outside the box in order to make a game that's ahead of its contemporaries in some aspect. I believe this to be true for all kinds of games.

Are there any misconceptions about making games for children?

I've witnessed on more than one occassion people regarding kids games market as being non-profitable and therefore not worth the effort.

I sincerely believe the truth to be the opposite. There is a demand for good quality kids games, and it's growing rapidly as more educational institutes employ games as learning tools.

What countries are you targeting in particular?

Currently our top priority is establishing a presence here in the UK.

USA would come as second since it presents a huge market and is culturally similar.

What does Joyful Works have planned for the next few months?

This month, we'll release our first title Painting Gallery, which is also the first title of our kids game series Niru Niru and Friends. We are already working in the second title and we are planning to release it in June.

Also to enhance our kids games we have started talks with people from education academia and hopefully we'll have education professionals as consultants on our projects in the upcoming months.

Along with Niru Niru and Friends series, which is currently our main line for kids games, we are planning on expanding our portfolio with games that are for everybody, as well as children. No shooters, nothing mid-core and certainly nothing hard core. Fun for all the family.

We have started the work on a fun action game on this line and we expect it to be ready by mid-summer.

Thanks to Basar for his time.

You can see what Joyful Works gets up to via its website.