Vic Boaron on the importance of portfolio management 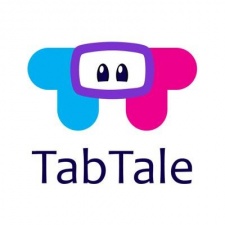 Boasting over live 300 apps and a schedule of 2-3 releases per week, Israeli developer TabTale prides itself on its incredible output of games and educational apps.

However, speaking on stage at the Reboot Develop 2015 in Croatia, head of corporate business development Vic Boaron was keen to point out it's about more than simply churning out titles.

It also places an unusually large focus on dealing with bugs and compatibility issues across its massive portfolio.

“We have something that I feel is unique: a portfolio management team that makes sure that every app we release is really maintained and supported,” he said.

“So, for example, once iOS 8 was out a lot of apps were getting stretched. When we have 300 apps out there we need to have a really good maintenance cycle.”

“We support our users and make sure that even a user who downloaded a game 2-3 years ago is still able to play it today - something that we see as providing a lot of value.”

A commitment to lasting quality could seem to be counter-productive for a firm whose focus is unequivocally and unashamedly driven by the new.

After all, when questioned later on quality vs quantity, Boaron’s response heavily leaned toward the latter:

“Look at the App Store right now. Every week you have the new games - have you ever asked yourself why it’s always the new games?

A game in which you’ve paid 5 bucks to get the full package - that’s not a consumable.

"Because people are searching for the new content, the new things, the new whatever it is. So that’s how we are going, too.”

To a large extent this attitude comes down to ethics, particularly for the children’s games in which content is unlocked at a fixed rate.

“A game in which you’ve paid 5 bucks to get the full package - that’s not a consumable, that’s a one-time in-app purchase - okay, you’ve bought it. In two years, a kid’s still really liking the game they’re playing," Boaron commented.

“They can open the same game in one or two years and still play with it.

"I don’t want to be the one who causes your kids to cry, or ask ‘what happened, why is the game crashing?’ We look at it as a value proposition to our users.”