Making games to be shared: Qaos Games on how to develop for virality 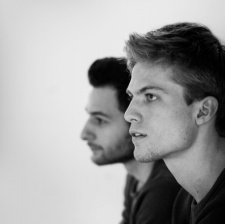 PocketGamer.biz: What would you say is the key thing required for a game to go "viral"?

Go viral to whom? Is it to a niche group of people, hardcore players, or casual players? It's not easy to take on the task in making something universal such as Pokemon GO or Candy Crush.

Focus on a niche group of users, and ask yourself what you need to do with the game to make them talk about it with their friends.

How important is virality to a game's success in the current mobile climate?

It depends on whether you have a good relationship with Apple for constant pushes, an ability to cross-promote your games, or other safe sources for success.

Constantly tweaking to engage users is a great way to learn about virality.

As social media channels have become saturated with more competition, it is harder to succeed with viral strategies today than it was in 2012.

Understanding how virality works is key for everyone aiming to make successful games. That is often what differentiates good games from great games.

Often when people mention "viral", it is often forgotten that there is a publisher behind the game, features from Apple, massive budgets or other pushes behind it.

This has nothing to do with virality, although it lays the foundation for it.

A successful viral game can acquire users at lower cost than competitors, I would say that it is key for anyone in the mobile game industry.

Understanding the k-factor, what makes your game viral, and constantly tweaking to engage users is a great way to learn about virality.

Which recent viral games do you feel developers should take inspiration from if they want to create the next viral hit?

I would look at small games with viral strategies that is tangible for developers with small or no budget.

Look at games that got lots of traction, with little or no push from Apple, cross-promotion or publishers.

The best example of recent games is Slither.io.

The developer made a mobile game that worked well for the web browser as well, which meant mobile plus Youtube.

After six months of building the game the developer had no money for marketing. Luckily he had built an infrastructure for its virality, and people on Youtube such as PewDiePie played it.

In an oversaturated market, developers need to make certain type of games and be known for making those games.

It got the push needed to prove its greatness, it was fun to talk about while playing, and went viral.

Drag-and-drop engines like Buildbox will get increased popularity and open up for a new type of non-technical developer that need an infrastructure around services that is easier to implement.

Then, I think we will see the first interesting virtual reality experiments in December.

Also, brand positioning will be more important than ever. In an oversaturated market, developers need to make certain type of games and be known for making those games. That’s where Apple will look for features.

Short, sweet and unexpected: How Qaos Games hopes to shake up the App Store

Will the success of Slither.io have a lasting effect on indie mobile games?