Coeptus on the success of Welcome to Bloxburg 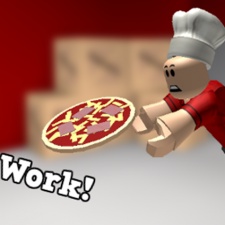 With a reported 64 million monthly active users across all platforms, it's little surprise that the user-generated games platform Roblox is often compared to Minecraft.

But its key difference is that those creating content in Roblox can earn real money through their creations, implementing their own in-game economies and monetisation systems.

Last year saw one Roblox creator make more than $3 million, while several others pocketed upwards of $1m to $2m. Roblox tells PocketGamer.biz that the top creators are now earning as much as $250,000 per month.

So what's it like to be effectively running business as a Roblox creator, especially when much of the community is so young?

Roblox creator Coeptus (who prefers to keep his real name private) is a university student and the developer of Welcome to Bloxburg, a game in the style of The Sims built entirely using Roblox's creation tools.

PocketGamer.biz reached out to him to learn more.

PocketGamer.biz: What was your introduction to the Roblox platform and when did you begin making your own games on it?

Coeptus: I created my first account on Roblox roughly nine years ago and started playing some of the popular user-created games at the time. These were really fun and unique, which sparked my interest for Roblox.

After about a year of just playing, I started experimenting with creating my own games. The first ones were very basic, consisting mainly of prebuilt models such as cars, houses and trees that you could easily add to your game.

Actually being able to create something of my own really caught my interest, so from that point I started focusing more on making games rather than playing them.

Did you have any prior game development experience? How big a learning curve was Roblox development?

I had no actual development experience before finding out about Roblox, but had quite a large interest in computers and video games.

That was never really an issue though, because creating those quite basic first games felt fun and relatively easy. You don’t need to know everything about the Roblox platform to start creating something, which makes the learning curve quite forgiving.

I just published the game to the Roblox website under a completely unknown name and waited.

By changing and experimenting with the prebuilt models, I learned more and more. I eventually started creating my own scripts and models from scratch.

Roblox, as well as individual developers, are also actively working on creating tutorials designed to provide developers with more insight into the process of developing on the Roblox platform.

This makes it even easier for aspiring developers to get started and find helpful information.

How did you get Roblox players to notice your creations?

I didn’t really do anything to advertise my game when I first released it, because I intentionally wanted to keep the number of players down.

The game had never been properly tested on a larger scale, so I wanted to make sure that everything worked as expected.

Instead, I just published the game to the Roblox website under a completely unknown name and waited.

A couple of weeks later, a few thousand were playing. Eventually, players were writing about the game on social media and uploading videos of themselves playing on YouTube.

This boosted the player count even further and it has been growing ever since.

This is a really cool aspect of the Roblox platform. Even though there are millions of games and experiences published on the platform, people will find your game and they become your biggest advocates that then draw in others to try it.

What was your approach to monetisation and how long was it before you started making money?

My goal is to allow people to experience most of the game without having to pay anything, while also having some options for players that want to buy special things.

The game currently has a few different products that players can choose to purchase.

The game has its own basic economy, where virtual currency is used to buy things like new furniture.

Right now, the game is still in the development stage, so players have to pay a small early access fee of 25 Robux (Roblox’s virtual currency, worth $0.25) to be able to play the game.

The plan, however, is to make the game completely free-to-play once it’s finished.

The game has its own basic economy, where virtual currency is used to buy things like new furniture or additions to your house.

Players primarily earn this currency by completing different tasks and mini-games while playing, but a player can also choose to buy the virtual currencies directly using Robux.

For this, there are a few different packages in various price ranges where the more expensive ones offer a slightly better deal.

There are also permanent upgrades, called game passes, that can be bought once per player. These can give players the ability to build larger houses, unlock cosmetic items, acquire exclusive furniture or take advantage of other certain benefits while playing.

I developed the game in my spare time while studying. Because of that, it took a couple of years to create and release the first playable version.

How many people have played your games in Roblox and roughly how much are you making from the platform?

As of today, around 300,000 unique players play the game each day and it has accumulated roughly 160 million play sessions since its release on August 1st 2016.

The game has been doing much better than I ever could have imagined, which has been truly amazing. I’m extremely glad and grateful that so many people play and enjoy the game, and I’m also grateful for the opportunity it has given me to pay for upcoming university studies.

Is Roblox a platform on which developers can grow a viable business? Do you communicate with other Roblox developers to discuss your creations?

Based on my experience, I’d definitely say so. Roblox has grown massively over the last couple of years and it seems like they are beginning to focus more on the business aspect of development on the platform, which is great.

Hopefully this trend will continue, making it even better and more rewarding for development teams.

It really feels like a community, both for the players, but more importantly for the developers.

What is the dialogue like between you and the Roblox team?

Roblox has a special forum where developers and company employees can discuss anything related to the platform, often ranging from planned updates and feature requests to general feedback.

More recently Roblox introduced a developer relations team dedicated to communicating with individual developers and providing support for the projects developers are working on.

Those additions have been very positive and I certainly hope Roblox continues improving developer dialogue even further.

Do you have any other Roblox games/creations in the pipeline?

I have a few ideas and prototype games, but at the moment I’ve decided to focus entirely on improving my current game, Welcome to Bloxburg, and keeping in touch with all the players who have provided productive feedback.

Releasing a different type of game in the future would definitely be interesting though.

How does Roblox monetise?