"It is important that we understand other people and care for everyone around us, not just ourselves" 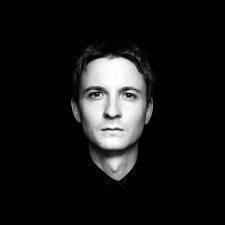 At first glance, a hybrid of puzzle and memory elements within a game would seem like familiar ground being treaded. Both are intellectual stimulants and are as old as the hills after all.

The concept of memory in Ivan Kovalov’s G30, however, is tweaked to tell the story of a person with a cognitive disorder who is trying to recollect their past.

In doing so it makes the memory aspect a narrative function rather than an age-old intellectual game. It is a simple tweak, but it goes a long way to raise awareness of the struggles that people with a cognitive disorder face.

We caught up with G30 creator Ivan Kovalov to talk about memory, cognitive disorders and life as an indie as part of our regular Indie Spotlight series.

Ivan Kovalov: I always wanted to become a games developer. A lot of my friends work in the industry and I’ve always really liked video games. But I didn’t know where to start and how to combine my skills in programming, design and interfaces.

At the time I couldn’t really decide what exactly I wanted to do. Then one of my friends recommended me a game design course, which turned out to be my first step in games development.

Then I came up with the idea of G30. It began as a demo project for the portfolio to get a job in a big studio. At some point people started telling me that I should go on with it, so I decided that a “real job” could wait until I finished this.

What is a typical day in your life as an indie/ musician?

This depends completely on what I’m working on at the moment – I organise my day (and sometimes night) schedule to do it in the most effective way.

Could you tell us about G30 – A Memory Maze?

G30 is a special project for me, it is my first game and I developed it completely on my own. Moreover, I took a responsibility to create not just a regular indie game, but also a project with a social idea to show players the problems that people suffering from memory loss are experiencing.

It is important that we understand other people and care for everyone around us, not just ourselves. I feel games are the right media for this, here you can get a subjective experience and understand what it’s like to live the life of these people.

What was the inspiration behind the story of the person with a cognitive disorder and the memory element of the game?

As I was considering the game’s ideas, I thought of the association process in our brain and how some shapes in nature can remind us of images. So I came up with the concept of a game about memories where you have to reconstruct the events by forming a clear image.

I was shocked to learn about the tragedies of people with diseases that affect their memories and cognitive functions.

Then I’ve added a telescopic text to the formula and pieces of a story that gradually reveal details as you interact with them.

In the game, these pieces are connected to the puzzle and can change their meaning throughout the level.

And the final part to make the G30 concept complete was the overall story that had to tie together the levels narrative. I wanted it to be a mystery as the puzzles represent memories and it made sense to build the story around finding the truth about the past.

I was shocked to learn about the tragedies of people with diseases that affect their memories and cognitive functions. Whoever they were, no matter how intellectual they were, writers, scientists and presidents had forgotten who they were and who their relatives were. There is no cure and no effective measure to prevent these diseases.

I started researching cognitive disorders by reading a few books and studying interviews with people who live with relatives who are suffering from these diseases.

I was visiting online communities for family members who take care of these people.

It was a striking experience to find out their stories, so I decided to show how people with those kinds of diseases see the world in G30.

What have been the biggest challenges you've faced during the game's development?

As I am doing the project on my own, the biggest challenge for me is that I have to be good at everything: art, code, UI, music etcetera.

Each of these tasks requires special focus and sometimes it is really hard to switch between them.

Time management is another thing I’m constantly trying to improve.

Is there much cross-over from your work as a musician and a games developer? Or do you prefer to keep the two separate?

Yes, these are both creative and I often use the experience from working in one area to help with another. That helps a lot actually.

When you realise that lots of people play your game and when you read positive comments from them.

A bunch of cool projects were released recently on mobile by indies: Gorogoa, .projekt, Alto’s Odyssey, Push, Super Type, Kenshō, Hyperforma and many others.

It is great that Apple and Google promote indie developers by featuring their projects. It is harder now to get this much attention on PC, for example.

It evolves and I think that the most important thing in this process is to cultivate the community and to share ideas, successes and failures to make this market grow.

Also, curation in the app stores really helps. It is great that Apple and Google promote indie developers by featuring their projects.

It is harder now to get this much attention on PC, for example.

Afterwards, there will definitely be a new project. I haven’t really decided which one yet, I have a bunch of ideas, we'll see.

Keep learning, find out something new each day: about the industry, about your expert field, about art and ideas that are trending and never lose faith in yourself.

Indie Spotlight: Gorogoa creator Jason Roberts talks getting into games and the genesis of the hit title