Four years on: Jam City on the evolution of match-three hit Cookie Jam 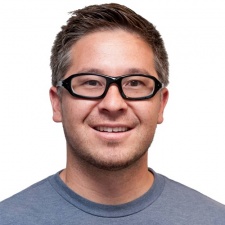 The title was first launched on mobile in 2014 and since then has amassed 110 million downloads worldwide, making it the US publisher's flagship title. The title's success led to a sequel in the shape of Cookie Jam Blast.

PocketGamer.biz: With Cookie Jam now more than four years old, how do you reflect on its performance - from launch to the mature title it is now?

Shane Nakamura: If I look back at the performance and growth of the game from launch to now, it’s been a really exciting journey filled with wins and challenges.

Shortly after the launch of the game, we saw pretty rapid growth week over week. There was less saturation, less competition, cheaper UA, and any improvement to the game seemed to yield big wins.

Over time, achieving growth in the game has become more challenging. The marketplace has changed in many ways, causing us to take different approaches and focus on new ways to improve the game’s performance.

How big is the team currently handling live ops on Cookie Jam?

Customer Support (CS) is super important to us. We monitor our CS ticket count in real-time and address the issues in a serious way; serious in the sense that we have a designated CS engineer whose main priority is to make improvements to the game through addressing CS tickets.

A game’s CS ticket count is a good reflection of its health and can directly affect retention metrics.

What steps have you taken to ensure that Cookie Jam maintains a sizeable and active player base all this time after its launch?

In the last question, we touched on the importance of CS and the measures we take to address issues. If Cookie Jam has UX problems and the code is unstable, we are going to lose players and our retention will drop.

Retention is Cookie Jam’s North-star, it’s the key metric we filter our decision through. For example, if we develop a new feature and it performs great from a monetary standpoint but negatively impacts retention, we make changes to the feature. Without strong retention, you're limited to the short-term gains.

To what do you attribute Cookie Jam's consistently impressive grossing performance and how do you sustain it?

I'd say, first of all, we've got a really smart and talented team over here with experience stemming from a wide range of backgrounds.

The marketplace has changed in many ways, causing us to take different approaches and focus on new ways to improve the game’s performance.

With that said, I think having the right people in the right places has been a large factor in the success of the game.

We are extremely focused in all that we do - be it creating an exciting new feature or addressing things like tech debt - and take care to prioritise our production roadmap appropriately.

With player expectations for somewhat of a similar experience they've had over the past four years, and the expansion of the IP with Cookie Jam Blast, does that have an impact on how creative you can be with this particular title?

Great Question. When it comes to taking creative liberties with Cookie Jam, we have to be a bit more thoughtful and strategic when introducing big changes or new features because the IP is so established.

We've even received negative reviews and angry player comments after slightly changing the colour of our user interface buttons. Change is hard for some of us!

As far as Cookie Jam Blast goes, it's been a great opportunity for us to innovate and make some big changes to gameplay that would be very risky in the original Cookie Jam.

One of the biggest challenges we've had in the development of Cookie Jam Blast is product differentiation. Basing the game off of our existing Cookie Jam IP has a lot of positive benefits, but there are also downsides if you can't clearly message to the player how the games are different.

There are so many things to take into account and if I had the opportunity to do it again, I would make some changes for sure. Not to say that Cookie Jam Blast hasn't also been extremely successful for the company, but we've learned so much in the process.

What lessons have you learned/are you still learning from Cookie Jam? Is there anything about the game that, in hindsight, you'd now handle differently?

Mobile game development is so multifaceted and everything moves at such a fast pace, I feel it's impossible to not learn something every day.

Mobile game development is so multifaceted and everything moves at such a fast pace, I feel it's impossible to not learn something every day.

At Jam City, everything we put in or take out of the game is tested and measured from an analytics perspective. This means as games developers, we're always going to bring our own assumptions to the process of developing a feature, and through analytics and testing, we can validate those assumptions.

It's actually one of my favourite parts of developing for Cookie Jam, because we learn so much looking at the data and dive deeper into player motivations.

If I could go back four years with the knowledge I have today, I can't even imagine the level of success we'd have. Understanding our players' behaviour and releasing specific features and content have made the most measurable impacts.

Finally, how has your experience with Cookie Jam informed where you are/what you're working on now?

Absolutely, without a doubt, it has. We are currently working on new projects along with running our live games and we want to make sure we're applying all our previous learnings and A/B test results across the board; not just within the walls of our studio but throughout the entire company.

Jam City is hands down the most collaborative company that I've ever had the privilege to work at. The culture here really promotes information sharing and collaboration and I attribute a lot of Jam City's success and growth directly to this.