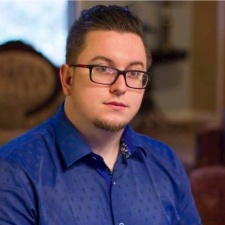 Nexon M's Robert Garfinkle will be a speaker at Pocket Gamer Connects Seattle, which takes place on May 13th and 14th.

If you think you need size to shake the market - think again.

Granted, big-name studios continue to move the needle with their blockbuster titles and heavy-hitting IP. But the massive success of niche titles including Empires & Puzzles and Idle Heroes show that newcomers who are laser-focused on satisfying Long Tail tastes, and are equipped to extract maximum value from small core audiences, can also win big.

At both ends of the spectrum, it’s a deep knowledge of the audience (not just deep pockets) that decides if a game will hit new heights or end up on the heap.

There’s a lot at stake and it helps to know if you have what it takes to strike a chord with your core audience. Even better if you can use the KPIs around your game, and how users are engaging with it, to maintain real momentum, not just attain fleeting fame.

The key, according to Robert Garfinkle, senior user acquisition manager at Nexon M and veteran UA manager of a number of major mobile gaming publishers including Netmarble, Gameloft and Elex Tech, is knowing how to “divine insights from your KPIs with a critical eye in order to identify which set of metrics will lead to real longevity for your game".

It’s an approach Garfinkle has architected by integrating critical lessons and learnings he has gleaned from six years in the industry, a period during which he has worked on some 30 games that made it through to full launch and another 60 or so titles that were abandoned in the soft launch stage.

To make the match between gameplay, player types and monetisation and marketing strategies to acquire valuable users (that will prove both loyal and essential to lasting success), Garfinkle suggests a systematic approach to defining the opportunities and risks associated with your game.

He identifies six game profiles and maps out several strategies you can follow to maximise your UA budget and efforts.

Note: Garfinkle purposely provides high-level observations and recommendations. If you want to pin your approaches to hard data, Garfinkle suggests you stay up-to-date with blogs such as Mobile Dev Memo and industry benchmark reports published by MMPs and companies including Liftoff, AppsFlyer, and Singular.