"You can enjoy making games and make a moderately good living out of it." 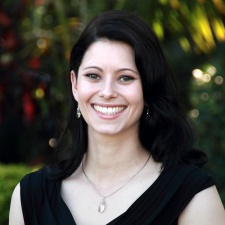 This week, we spoke to Panda Arcade founder and studio manager Alicia Jakovich about forming the games company and why she feels the middle ground can actually be very beneficial for indies.

Our challenges as an indie are the classic top three: money, time and resources.

Alicia Jakovich: To start with, pursuing a career in games was a leap of faith for both myself and my partner Paul. Paul was a 3D artist in film and television for a number of years, then after deciding to take a break, a fellow 3D artist and a long-time friend asked if he would team-up to make games.

After deciding to pursue a career in games, Paul taught himself everything in programming. I then joined the duo's company, League of Monkeys. After the successful launch of our mobile game Torque Burnout, we both created our own studio where we had the freedom to develop a project we were both passionate about.

Since 2017, we have grown our studio with other people who share the same values and have taken their own unique paths into indie game development. Some team members have worked various roles in the industry while some studied game development specifically.

A typical day for most of us includes checking in on the Pico Tanks Discord to see what the community has been up to. We see how the game is progressing and start fixing bugs while continuing work on our next main features. If we are getting ready for a new update, we will get the team together to have a few matches of Pico Tanks to test it out, then push it out by the afternoon.

We get a lot of instant feedback from our Discord users since we speak with them directly throughout the day, and this keeps us constantly in touch which can affect the tasks we focus on.

My day can vary from payroll and accounting, giving art direction, filing trademarks, liaising with the platforms (Apple and Google) and publishers, all the way through to washing dishes and taking out the rubbish.

Our challenges as an indie are the classic top three: money, time and resources. We've been lucky enough to have gained financial support from our government - plus a bit of help from Torque Burnout revenue. However, like most indies, we have a limited budget and need to carefully pick and choose where we spend our money.

Similar to finances, a small team has a limited amount of time, so again we have to pick and choose priorities carefully. This, unfortunately, meant we couldn't get all the features we had hoped for in the game by launch, although we've managed to stay away from crunching to meet deadlines. The fact that we self-published meant those deadlines were self-imposed for the most part which helped us to work at our own pace.

Between free-to-play, pay-to-play and subscription, indies have lots of opportunities to make the kind of games they want.

If I could consistently tick off a few things on my list then I would consider us to be successful, these would be:

Overall, I would define success as ongoing by being able to keep the team happy and for us to stay together for a long time to come. Right now, I'm really enjoying the dynamic atmosphere we have and I don't want that to change.

I think the mobile games market is a great space for indies at the minute. Between free-to-play, pay-to-play and subscription, indies have lots of opportunities to make the kind of games they want. Similarly, the ability to market games is easily available too, even with small budgets.

Could you tell us about Pico Tanks?

Pico Tanks is a casual but competitive team-based brawler focused on action-packed combat and rewarding team play. It's a cute and energetic three versus three tank game packed with explosions, crazy weapons and abilities, customisation, and multiplayer mayhem! The game is free to download on the App Store and Google Play.

While we were making Pico Tanks, because we are a small indie team, all of our eggs were in one basket with the project. I would like to grow the company and the team to have two or three projects running in parallel. I don't want a really big company though.

I still want the team to be small enough that we are all like friends and not just an office of workers, but I'd like to spread the risk around so we're not all depending on the outcome of one game.

I feel like there is the perception that you either make it really big, like Candy Crush or Clash Royale or you completely flop. I would like to remind indies that there is a good spot in the middle, where you can enjoy making games and make a moderately good living out of it. Try not to feel like it’s 'make or break'.