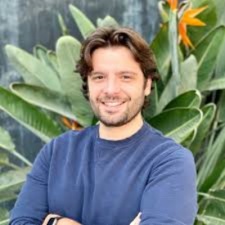 It's fair to say that Scopely's Scrabble GO has had a fantastic launch - by some measures, it's considered the biggest launch of a word game ever, and it's continuing to hold strong with 2.5 million DAUs still jumping back in.

But as much as it's a success for Scopely, it's also a huge success for developer PierPlay, which was acquired by the publisher not long after its first ever game saw such phenomenal success.

To find out more about the developer and its plans for the future, we spoke to PierPlay CEO and co-founder Lorenzo Nuvoletta about starting the studio and working with Scopely on its hugely successful game.

PocketGamer.biz: How did you get started in the games industry?

Lorenzo Nuvoletta: I started my career in games more than 20 years ago, first developing web-based games for studios across Europe, then developing games at companies like King and Playtika before starting PierPlay.

Why did you decide to open your own studio, PierPlay?

My co-founders, Scott Jablow and Don Adriano, and I were part of the Bingo Blitz team at Playtika's Santa Monica studio (formerly Buffalo Studios). When we heard that our studio would be closing, we decided to hand-pick the phenomenal talent we had built Bingo Blitz with to start our own studio focused on the mass casual games we all loved working on.

We knew from our first conversations with Scopely that the ambitions for this project were huge, as they should be.

What drew you to working on a word game, and specifically a Scrabble game, as your first title?

The IP was perfectly suited for the social, mass casual game we wanted to pursue and build, and when the Scopely team approached us to collaborate on building this product, it felt like the ideal partnership and experience of a lifetime.

PierPlay was founded in 2016, and Scrabble GO was only launched in March 2020. Why did you choose to spend three years honing just one title?

We knew from our first conversations with Scopely that the ambitions for this project were huge, as they should be. This was a game with the potential to reach a massive global audience, and is so deeply beloved by its fans that our teams were both aligned on the need to get it right.

Scopely and PierPlay shared that vision from day one and took the time to create an experience that would resonate with as many players as possible.

Are you pleased with the initial success of Scrabble GO?

We're thrilled with the game's initial success, but it didn't come as a surprise. We diligently worked to create the best word game of all time on mobile, and the amount of care and time we put into developing it is apparent in the success it's had so far.

With over 2.5 million people playing for an average of 100 minutes each day, it's clear that the game has quickly become an important part of our players' lives.

How are you approaching live ops on the game? Do you have any major plans over the next few months?

Our PierPlay team has transitioned to work on another exciting project, along with an amazing Scopely Studio team based in Boulder, Colorado.

Another outstanding Scopely Studio based in Barcelona, along with a team in Los Angeles, make up the current Scrabble GO game team and together they are working on the continuous development and live operations of the product, keeping the game dynamic and exciting for players.

What are your plans for retaining the 2.5 million daily active users that Scrabble GO currently has?

Our collective knowledge and skills on the Scrabble GO game team far exceeds what would have been possible on our own.

I spoke to the GM of Scrabble GO, Reginaldo Valadares, on this topic as he is the really the best to shed light on the future of the product.

He said, "we plan to continue listening to our players -- what they like, what they don't, and their ideas for the future -- developing new experiences and updates accordingly. We also plan to continue innovating and introducing new features that players may not even know they want -- but will love them once they are part of the experience. This community is highly invested in the future of the game, and we're inspired by their passion for the brand."

How did the partnership with Scopely first come about?

We met Scopely right as PierPlay was coming together, through a mutual friend in the industry. They told us early on that they had a major IP and were impressed by our team's work on Bingo Blitz, and the rest is living history.

In the beginning, our team was working out of a co-working space near the Scopely offices in Culver City, Calif. and dropping by often for meetings and lunches. In 2017, we moved into their space permanently, and now we're proud to officially be part of the Scopely team.

How has your partnership with Scopely helped in the development of Scrabble GO?

Scopely has a truly unique approach to game making. They have a rare studio ecosystem model made up of both internal and external studios (which PierPlay was until recently), which ultimately creates very dynamic game teams.

Their goal is to build teams with incredible talent density and eliminate the traditional boundaries between developer and publisher. Scopely's view is: we need to be one team to make a world-class product. This approach empowered PierPlay to achieve world-class results with Scrabble GO.

Feeling like we are truly one unit is core to creating the best experiences possible. Our collective knowledge and skills on the Scrabble GO game team far exceeds what would have been possible on our own. We are stronger, together.

How has it been for PierPlay since the acquisition?

Working together these past several years with one shared vision for Scrabble GO, we've long felt like part of the Scopely adventure. Now that it's official, we're all extremely excited to participate in Scopely's great culture more broadly.

Since the official integration, Scopely has continued to ensure the PierPlay team feels valued and included. We're grateful to learn from and contribute to a global organization that is so diverse - both culturally and in terms of professional experience and perspective.

It's been great to be part of a larger organization that supports us fully.

We get to take inspiration from the innovations and learnings across the many different IPs and genres within Scopely to continue creating and elevating the games we love, making our team and our output better in the process.

In short, this acquisition was really the culmination of an already strong and successful collaboration, and we can't wait to bring our next project to life!

Game developers have largely shifted to remote work due to the ongoing health crisis - how have you adapted to leading a team from home?

Scopely's response to this crisis has been a lesson in leading by example. The team swiftly communicated the priorities of taking care of ourselves and our families above all else, giving the team the flexibility to adjust schedules as needed along with support through many other channels to make the best of our new normal.

We also were acquired during this time, which was extra unique. That barrier did not stop Scopely from making us feel welcome. From live AMAs for our team, hand delivered (mask and gloved!) gift bags to everyone's homes, video communications to the global organization, and more, it's been great to be part of a larger organization that supports us fully.

What are your goals for PierPlay for the next 12 months?

We're laser focused on our new game -- I can't say any more than that!