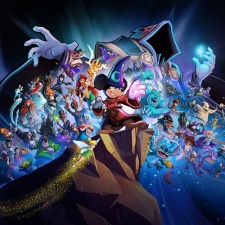 This week we spoke with Glu Mobile senior vice president and general manager Mike Olsen regarding the development of Disney Sorcerer's Arena.

PocketGamer.biz: Can you start off by telling us about Disney Sorcerer's Arena?

Mike Olsen: Disney Sorcerer's Arena is a turn-based RPG where players collect a roster of Disney and Pixar characters to battle against their opponents in a quest to become the ultimate Sorcerer. It features a deep campaign mode, PvP battles fought in real-time, and weekly live events, so there's something there for everyone's style of play.

Not only does the game feature over 100 characters from across Disney and Pixar franchises, but since this game is built for the core RPG audience, we're showing these characters at their fiercest.

One of the things I love most is the unexpected characters like Darkwing Duck, Gaston, Oogie Boogie, and Quorra. The roster is so deep that there's a lot of healthy debate on the team about which characters to release and when. All that being said, the gameplay is deeply strategic and competitive as players collect and equip their characters and send their roster into battle.

When I joined Glu in 2017, I worked closely with Glu CEO Nick Earl to identify what the holes in the portfolio were. At the time, there was no deep RPG game, so what was a small team and I began prototyping with Blue Sky. We came up with countless options - even a bowling game. Turns out that Blue Sky is really daunting so we decided to focus on what we like to play and what we are good at making.

From there we broke into teams and, all week, made different prototypes. Each Friday we would play them and everyone on the team was given the freedom to continue working on an existing project or join another team. Prototyping was critical. So much so, that even some of the mechanics from the aforementioned bowling game made it in.

How did the collaboration come about with Disney?

We always knew that we wanted to build a Disney game. When I was growing up, I actually wanted to be a Disney animator. I had those 'how to draw Disney characters' books and practiced for hours on end. Funny enough, I've held various roles in games, everything from QA to Creative Director – not one of them having anything to do with animation.

When the prototype for this strategic RPG battle game started to come to life, I knew that I wanted to explore Disney and Pixar characters. The breadth of franchises, characters and abilities is so expansive – the team and I felt strongly that it would work well with a game like this. Turns out, the Disney and Pixar Games team was just as excited to work with us as we were with them.

The mobile games market is more competitive than ever, what makes Sorcerer's Arena stand out?

There are so many things that make Disney Sorcerer's Arena unique. To start, it features an entirely new art style that was intentionally crafted to support the strategic and competitive nature of the gameplay. It has a hand-drawn, cel-shaded and angular aesthetic that isn't typical of other Disney properties. The characters truly jump off the screen.

Disney Sorcerer's Arena features a breadth of characters, but in an unexpected battle-ready way. Players have probably never seen Ariel wielding her dad's trident or Woody leveraging Army Men to heal and Aladdin using his magic carpet to attack. This is all happening on one battlefield which is pretty amazing.

Right now, I have a line-up I'm battling with that has characters from The Incredibles fighting alongside Merida and the Big Bad Wolf. That's something that you would never dream up – having these characters not only co-exist, but interact.

The team's pedigree is in deep, turn-based RPG development. The pace of battle is entirely in the hands of players. They're able to methodically deploy combat strategy and adapt to offensive tactics. All of this could only be possible through close collaboration with the Disney and Pixar Games team. We consider them an extension of our team at Glu and leaned on them to help us achieve some of these defining elements.

Development took us around two and a half years. That includes an extensive prototyping phase before work ever began on what is now Disney Sorcerer's Arena. Over that time, the team has grown to what is now a talented group of over 40.

Deciding what characters were going to make it into the initial product. Each member of the team has their favourite franchises and characters, but we had to put ourselves in the player's shoes. What would they like to see? This is where we invested a lot of time in user research.

Player selection was only part of the challenge, it also came down to how that character is going to synergize with other characters. Now with the game is live, we're supporting a strong pipeline of live ops and events. There is no shortage of characters to pull from so that the experience remains dynamic.

We're incredibly proud of the game we launched, and we're so grateful for the positive response from players. Honestly though, I can't think of many developers whoever feel like they have finished improving their product. I'm not sure I've ever felt like I've 'finished' a game. That's the beauty of mobile, you get to listen to the community and continue to iterate for years to come.

Why did you feel this was the right time for Disney Sorcerer's Arena to launch on mobile?

The team and I love strategic, turn-based RPGs. It's what we all play in our free time and we know there is a huge community of players out there that do as well. The appetite for the content was there and we think that the community feedback has really validated that.

Yes, the game was soft-launched in a number of beta territories. This is a critical milestone in the development of any mobile game. It was our opportunity to observe the game in a live environment, see how players engaged, and really listen to their feedback.

One of the things we were able to do was hone in on a live ops and events cadence that worked for them. The player community is critically important to the ongoing development and success of Disney Sorcerer's Arena – we're always working to get it right for them.

The team and I want Disney Sorcerer's Arena to feel alive each and every day. That's why the game features a robust live ops and events calendar. We're introducing new characters, spells and abilities on a regular basis, so the players always have new things to look forward to and work towards.

We're particularly proud of the timeliness of some of our updates and events. For example, we launched content to coincide with the release of the most recent Pixar feature film, Onward. Players were able to add Ian and Barley Lightfoot as well as the Manticore to their teams and take them into battle.

Right now, the team and I are highly focused on driving the success of Disney Sorcerer's Arena. It's all hands on deck to deliver amazing content for our players to enjoy and we're loving every minute. However, there's never a shortage of new ideas – we're certainly not done yet.