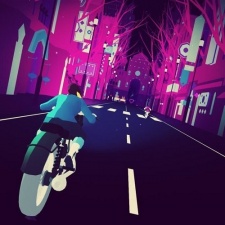 Apple Arcade is a fantastic initiative. I wanted to put that front and centre here, as I do truly believe it's one of the best ideas to not only arrive on the mobile platform, but in an all of gaming over the past 12 months.

A subscription service that for £4.99 ($4.99) a month offers a now whopping 130 premium games of varying quality is something that the mobile industry has been in dire need of for years.

Launched on September 19th, 2019, only four days later did Google respond with its own service, Google Play Pass. Released at a similar price with more than six times the content, the service is made up of both apps and games, though the bulk of the selection is neither exclusive nor new.

With that, it's fair to say that Apple Arcade had the upper hand from the start and certainly made the most commotion, crossing over into most general games media as well as outlets where games are not typically the main focus.

A common incentive when speaking to developers (during our 'Making Of' series) as to why they partnered with Apple was the reduced worry of monetisation. Studios were free to make the game how they see fit with no major concern as to whether it could recoup its development costs.

Additionally, in a close second, studios highlighted the opportunity of not having to compromise their vision to fit the free-to-play model scheme. Something that in this day and age is extraordinary - never mind as an independent developer.

Taking this all aside, since Apple Arcade debuted with 72 games on day one, it has drastically reduced its output of games. The first six weeks following launch saw on average four to six new games enter the service. Then from mid-November, this became an average of one per week before shortly dropping to one new title every fortnight - something we noted back when Apple Arcade was only six months old.

This trend has continued since, occasionally picking back up to once a week and resulting in 25 new games joining Apple Arcade since the start of 2020. However, it has to be said that the Netflix ideology dream of seeing a dump truck full of games dropped all in one day seems long gone.

That's not to say these new experiences are not to the same pedigree as fan-favourite hits, such as Sayonara Wild Hearts, What the Golf, and Grindstone. Most notably, after headlining the initial reveal for the service, Revolution Software's Beyond a Steel Sky became part of the library only at the end of June.

Admittedly if scouring through the last six months, the level of IP has certainly dropped. Starting with Rayman, Sonic, Shantae, Pac-Man, and LEGO, and more, the only big names to arrive on the service were Game of Thrones: Tale of Crows, SpongeBob: Patty Pursuit, and Samurai Jack: Battle Through Time, the latter two of which are part of Cartoon Network.

Numerous contracts seemingly have expired too, with the latest Nintendo Indie World Showcase seeing a handful of games switching to console.

So with exclusivity out of the window, what's Apple solution?

Well, Apple has confirmed to PocketGamer.biz that the company has no specific plans (at the time of writing) to celebrate the upcoming anniversary, so the likelihood of seeing a semi-reboot of Apple Arcade with another 72 games is slim-to-none. Still, the Silicon-valley giant needs to do something to get the conversation going again.

If partnerships are out of the question, then look to indies and nurture talent

It's all a bit bad news at the minute for the phone giant. Apple is already putting out fires after going to war with Epic Games over the 30 per cent commission that the App Store takes on in-game transactions. It needs some positive press. Apple Arcade has lost all momentum and needs a big incentive to get more people through the door.

If partnerships are out of the question, then look to indies and nurture talent - even a relaunch with 20 games could get people talking again. Potentially look to add something onto the service such as a bundled deal with Apple TV, à la Xbox Game Pass.

We need an E3-style video dedicated to what consumers have to look forward to over the next 12 months. Right now, it's a mystery. Subscribers will eventually remember to discontinue their accounts once they haven't touched the services in months. That is unless Apple doesn't do it first. History would say so.

To keep up-to-date with every Apple Arcade game, head on over to our comprehensive list.