Slightly Mad Studios' Joe Barron discusses moving to mobile, Fast & Furious and why now is the right time to find a new audience 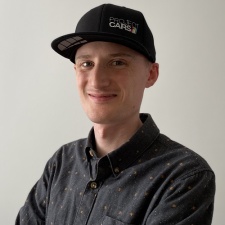 All roads lead to mobile. It may seem cliché at this particular time in the industry, with countless upon countless big-name developers transitioning their biggest IP to varying degrees of success, but it's something that still plenty of studios have yet to utilise.

The latest of which arrives from Slightly Mad Studios, the British racing studio that has risen to fame under the Project Cars series. So, in that respect, it's not that surprising that the first mobile title from the firm (since Shift 2: Unleashed released on iOS nearly a decade ago) takes advantage of that known brand. This is Project Cars GO, a new casual racing experience that sees the studio partnering with mobile veteran Gamevil and has specifically been designed for the platform.

Though a main staple of the racing simulation genre, Project Cars only began in 2015 – going on to shift more than two million sales across PC and console in its debut. The follow-up, Project Cars 2, similarly sold well… initially, though how it fared overall is largely unverified. Following on from this, the third entry in the series hit stores in August of this year and peaked at fifth in the US physical sales charts.

The same can't be said for elsewhere as Project Cars 3 charted at number 17 in the UK, representing a dramatic drop of 86 per cent of its predecessor. Having room to improve, the mobile market now beckons but with the likes of CSR Racing and Asphalt owning the terrain among others, can Project Cars GO really take the championship, and why now?

"We’re a multimillion-selling franchise on console and PC, but there is a whole segment of the gaming landscape on mobile that may not be familiar with the Project Cars franchise, and this is a great and exciting way for us to open up to this new and even bigger audience," Slightly Mad Studios marketing and esports manager Joe Barron tells PocketGamer.biz.

"Project Cars GO is our first foray into mobile gaming with the Project Cars franchise, and that means we want to bring the series not only to our fans but also to a new audience who will be experiencing our racing series for the first time."

Barron confirms that the move has actually been in the works for a few years, and simply porting one of the mainlines titles was never the studio's intent, compromising the game just to see it run on phones.

"It’s taken some time to find the right balance, he says.

"But we’re getting great feedback from our closed beta users, and we can’t wait to get it into the hands of a broader audience."

The mobile gaming audience is very different to PC and console gamers...

Project Cars has long prided itself on being the top simulation racing game series, so replicating this feel on mobile is something that many fans will be curious to see if they can replicate to the same standard.

"The mobile gaming audience is very different to PC and console gamers, and of course the tools available for control and input are different as well," explains Barron.

"These were key factors in how we wanted to recreate the Project Cars world for the mobile audience. We’ve therefore chosen to focus on one of the key aspects of race car driving – timing.

"Timing is often what separates good racing drivers from great ones," he continues.

"Reacting to start-lights, nailing the perfect gear shift, spotting your braking point into corners, and then getting onto the throttle at exactly the right moment on corner exits, that’s what racing is about when you distil it down to its fundamentals. We really wanted to bring those emotions to mobile in a game that’s easy to pick up and play whenever you like and wherever you are."

Speaking of timing, or more specifically, bad timing. Earlier this year the world was struck by the Covid-19 pandemic and while SMS was affected like everyone, it was in the "unique position" of having been a remote working organisation. In fact, all employees have worked from home for the past two decades, outside of a few employees who reside in its London office. A "testament to that flexibility" is that the company launched two games on console and PC as well as delivering a beta for Project Cars GO.

There is a colossal wealth of knowledge and experience in racing games under the Codemasters umbrella...

The other big change for SMS is that nearly one year has passed since Codemasters purchased the firm for $30 million (with an additional earnout close). Both latest games – Project Cars 3 and Fast & Furious Crossroads – were being developed prior to the acquisition, so remained unaffected. Now, though, the studio is beginning to see "a lot more integration" and the sharing of "best practices" going forward.

"There is a colossal wealth of knowledge and experience in racing games under the Codemasters umbrella, even more so now that we are part of the group," Bannon says.

"Both the Codemasters racing franchises and Project Cars will only get better and better from here on out."

In that respect, could we see the recently licensed Fast & Furious franchise make its way to mobile in the near future? While Crossroads failed to capitalise on the success of Dom, Letty and the team (scoring a 35 on Metacritic), it may not be the end for the franchise under SMS.

However, in the meantime, the company only looks to focus on "post-launch support and download content" and push its efforts towards Project Cars GO. Of which, we should hear more over the next "few months" as the company looks to "hone and develop through the closed beta process".

"There’s plenty of post-launch support still to come for Project Cars 3 and for Fast & Furious Crossroads both this year and next, with Project Cars 3 getting its first add-on content in November," says Bannon.

"You can also expect to hear more about the next phase of the rollout of Project Cars GO in the near future."

Going free-to-play with Project Cars GO is a big decision for SMS and something that the mobile market thrives off, yet the question of quality constantly shrouds it. Let's hope Fast & Furious Crossroads was only a speedbump.