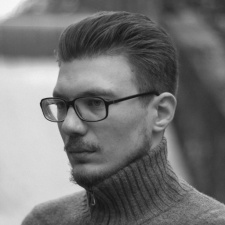 We've said it a lot, but the mobile games industry is booming. 2020 saw the biggest rise in download and revenue figures yet, and the growth isn't stopping there.

One downside to this is that the space is now more saturated than ever. With the sheer amount of games available and the ease of publishing them, it is almost impossible to stand out. Having a great idea alone is just not enough to get noticed in such a busy market.

However, there are ways to navigate this, and there are companies positioned to offer support to those great ideas. One such company is Voodoo, a hypercasual giant and an undeniable leader in the mobile space. Voodoo's vast array of resources, expertise and reach gives them scope to help talented, independent developers. One such developer is Jean Mikryukov, creator of hypercasual indie title, Demolish!

We spoke to Mikryukov about the development of Demolish!, the support that Voodoo offered in order to get the title off the ground, and the core components of a great hypercasual title.

PocketGamer.biz: To get us started, how did you first get started in game development?

Jean Mikryukov: I fell in love with video games when I was young. I used to play lots of different genres, and that’s when I realised that I was interested in the mechanics of video games.

I soon found myself developing my first video game using Flash. I made a small racing game, of course, but it wasn’t very user friendly because I had absolutely no experience at the time. Luckily, my parents invested in some programming courses for me once I started developing games, and this led to me graduating from the St. Petersburg's University of Cinematography and Television.

After University I worked as a 3D artist, but I couldn’t shake the passion I had for making games, so I continued to work on prototype after prototype in my spare time, constantly experimenting and developing.

My final university project was a prototype of an interactive game experience. The idea I had for it was good, but it was very complex, and lacked the emphasis on the mechanics that I loved so much.

Once we started developing the experience further, my partner and I realised that it was too big to bring to life with enthusiasm alone. This is when I discovered hyper casual games. It took me right back to the 70s and 80s, eras where young game developers' brave ideas and big dreams were made a reality with simple designs and mechanics.

But just because hypercasual games look simple, doesn’t mean they’re simple to make. They’re actually extremely advanced and made with all the modern technological features on the most popular gaming platform; your smartphone.

The best hypercasual games are driven by their bold core gameplay, which I found amazing, and they offer endless possibilities for indie teams and solo developers.

I finished the first iteration of Demolish! and brought it to Voodoo's publishing dashboard for testing. I soon found out that the first prototype wasn’t good enough, so I made another one and asked Voodoo for their help.

Voodoo kindly obliged, and the second round of testing began. I checked the game statistics every day, then on the third day, I received an email from Voodoo's publishing manager with an invitation for a call. That was one of the best days of my life.

Soon after the call, I started to develop Demolish! with Voodoo's help. The amount of support was enormous. I worked as part of the Launch Ops team, side by side with great and incredibly talented people, and together we brought Demolish! to life.

Launch Ops did a lot of work, refactoring the code and optimising the performance. We did many A/B tests to make sure that we released the best version of Demolish! possible. Voodoo's artists also helped me with UI and in-game graphics.

Voodoo's testing dashboard was also an excellent tool for exploring the market's possibilities, with absolutely no risk for me as an independent developer.

It feels great being a part of such an amazing and dedicated team, and I can't imagine how I would have been able to launch Demolish! without Voodoo’s support.

What do you think is the key to making a successful hypercasual game?

Find a balance between what is already on the market, and the most insane idea in your head, otherwise, you could end up with either an overused game mechanic or a game that no one else really wants to play.

As a first step, you should carefully examine the market, and from there model and improve on some existing ideas for your own masterpiece.

Passion is also incredibly important. If you are making something that you truly believe in and want to play in with all your heart, this should lead to the creation of a successful hypercasual game.

Testing is vital if you want your game to be successful. You can’t just throw ideas around and hope that they will work without any market exploration and a level of confidence in the commercial success of your game.

If you don’t test, it can become expensive to establish a solid user base. You could also realise that your prototype, which you’ve probably been developing for a long time, doesn't work the way you expect. Testing helps you iterate fast and find the best mechanic possible.

First, I want to make sure that Demolish! is live and continuously evolving. I'm confident that with Voodoo's support this will become a reality.

My passion and confidence as a game developer has grown recently, thanks to the production of Demolish!. So, of course, I plan to keep up the ideation process and prototyping hypercasual games in an ongoing collaboration with Voodoo. I’ve already got one exciting idea in mind, and I can’t wait to bring it to life.