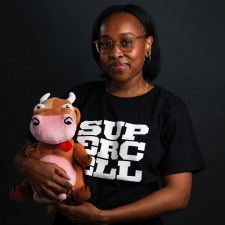 This week, we spoke to Supercell marketing specialist for Hay Day Sheila Ndungu about how inclusive workplaces start at the top with leadership and sticking out in the industry.

PocketGamer.biz: Can you start off by telling us about your role in mobile games?

Sheila Ndungu: I am half of the Hay Day marketing duo. My role centres around content marketing, but I also touch on different aspects of marketing together with the game’s marketing lead.

For example, with Hay Day, I could work on releasing live ops cards in the Play Store for specific events happening in-game, creating new episodes of Meet the Farmer or Hay Day Kitchen.

I am currently learning and working to expand my role towards product and brand marketing.

The gaming industry caught my attention as the startup world started booming here in Finland. From the job postings I saw, I found myself interested in those from mobile games companies.

Maybe you want to be the one creating the games? Start an indie game. project

Rovio at the time was at the forefront of this and I had friends being hired there, and based on their experiences, it intrigued me.

In a place like Finland, the startup world and gaming industries seemed to be the only places that appreciated people of different backgrounds, who were qualified and experienced to do the work.

At the time, in 2012, Supercell was still up and coming. I was a fresh university graduate and a good friend of mine advised me to check them out.

I submitted my application for an entry-level position and a few months later, I found myself joining the company.

How would you recommend people get started in games?

I think the main tool I would advise anyone looking to get started in the industry is to simply play games. All kinds of games - board games, consoles, mobile games, whatever it is. As long as you are interested and have a passion for games, you are already well equipped to start your journey in the games industry.

Maybe you want to be the one creating the games? Start an indie game project. There are many game makers out there who are self-taught!

For many people, they might think working in games entails coding and programming. There are many disciplines and faculties that are needed in the industry.

Games are businesses and brands that need a lot of support. You’ll be surprised at how much you are already qualified to work in such an industry. We need artists, accountants, lawyers, marketers, strategists, data analysts and many more.

Many higher learning institutions have also seen the rise and need of coders, programmers, and developers and have programs that are focused on gaming and game design.

I studied International Business and Economics at the Aalto University School of Business. I studied all facets of business studies and to be honest, I was not sure where it would all take me.

Looking at the courses being offered at universities nowadays and new institutions like Hive opening to help create more coders, aspiring young professionals are super lucky. There are programs and short courses that focus primarily on mobile games, as well as courses that focus specifically on content marketing, or marketing in the digital age.

The good thing is that traditional marketing principles still apply, no matter how marketing as a discipline evolves.

There is already a lot of talk about hiring diversely that I think it’s a no-brainer. Companies know this. They talk about it and say they are for it.

From my personal experience at Supercell, we are really trying. It’s difficult, but I can confidently say we are getting there, but diversity at Supercell still has a long way to go.

I was once in a conversation with a group of friends and we discussed school fairs and career days and how not many underprivileged areas have big companies coming and saying "we want people like you".

I would encourage companies to take the initiative and start at the school level. Go to schools in different socio-economic groups and share the kind of work they do, and how kids like them have a place.

This of course would not be an overnight change, but one that would take years to truly see its impact.

I suppose the biggest challenge I have encountered in the industry is feeling like I stick out. I’m a double minority in the industry - I’m a woman, and I’m black. You definitely see it and feel it.

However, as I reflect, I realise that that has never deterred me from my work. Something that perhaps speaks on the kind of progressive work culture Supercell has had from the beginning. Even though we are still working towards being a diverse company, your skills, talents and work matter more.

Imposter syndrome is another thing I have encountered being in this industry. Do I like games as much as some of my male counterparts? And does that make me less qualified to be in games? And because of this, am I am good at my job?

As a BIPOC, I would encourage others to know they have a place in any industry they are interested in, especially in games. Whatever your interests are, go there.

However, representation in the industry also matters. To see that it is an inclusive place for all kinds of people no matter, race, gender, ethnicity and so on.

I believe a lot of the work to create inclusive working spaces for BIPOC and people of colour in general, starts from the organisation itself, especially leadership. True change and encouragement can happen when leaders are faced with their own implicit and explicit biases that they have not had to confront before and questions they have not had to answer before.

For people of colour and women looking at the organisation from an outside perspective, it would be a lot more attractive to want to work in a company like that. Representation will always matter.

Is there anything that recruiters should be doing differently?

I’m not so knowledgeable on this, but one thought I’ve had is, if the recruiters are predominantly white, perhaps they could tap into headhunter networks that seek diverse talent, and maybe even headhunters who are people of colour themselves.

I believe the Black Lives Matter was not a campaign, but a movement and a revolution. It helped show the world the reality of what black people are going through. Police brutality against black people does not only exist in the US.

Marches that happened here in Helsinki, sparked by the protests happening in the US, had speakers highlighting stories of police brutality that have happened right here in Finland.

A lot of countries and communities were forced to see the reality not just in the US but on their own soil.

It’s hard to list concrete changes in the industry, however, it was clear that many organisations became aware of the mistreatment of black people and other people of colour.

My advice would be – don’t feel intimidated just because you don’t see people who look like you working in the industry or company you’re interested in.

You belong just as much as anyone else there, and could be the one to spark deeper and meaningful changes within the organisation or industry as a whole.