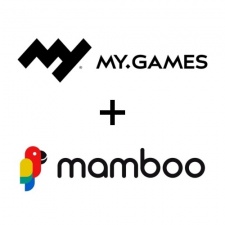 Mamboo Games (part of MY.GAMES) is a hypercasual and hybrid-casual games publisher and game developer, based in Minsk, Belarus.

The company employes 35 people and its portfolio includes more than 30 titles.

One of the publisher's most successful projects is Shift Race: a 3D racing game that reached 15 million installs in the first three months after release.

Billion Builders entered the top 50 on the iOS platform in the US and the top 10 in China.

In October 2021, Mamboo Games was acquired by MY.GAMES. Following the completion of the deal, MY.GAMES became the majority owner of Mamboo Games.

PocketGamer.biz spoke to Mamboo Games CEO, Ivan Leshkevich, to find out more about the studios work in hypercasual and move into the rapidly evolving hybrid casual market.

PocketGamer.biz: Tell us more about Mamboo Games. Why did you decide to create another hypercasual games developer and publisher in such a highly competitive market?

Ivan Leshkevich: In 2020 it was the real deal – large publishers weren’t paying enough attention to smaller teams or titles, while the market was mostly made up of those smaller players.

Our unique selling point (USP) was in providing full access to our business intelligence (BI) which shows all of the available product/marketing metrics, as well as in helping teams or projects with the production side. Now we are fully focused on the hybrid-casual genre.

What are the key achievements of the Mamboo Games team during the year of its existence? Tell us about the most interesting projects that you have published or developed yourself?

We have managed to take gaming projects to global launch in a short period of time, grow our own development unit to a good level, and become the hyper-casual unit in the bigger MY.GAMES ecosystem.

Where we shine the most is in publishing, with titles like Shift Race, Billion Builders, Hunting Season, Shift Princess, Viking Idle, Space Rover, Scary Pranks and others.

How do you assess the hypercasual games market now? What are its prospects in the next five years?

We see how hypercasual games are in demand among the audience - in 2020 the hypercasual games market grew by 104 per cent and reached $3 billion, and we will continue to develop and expand in this segment and offer new solutions.

When it comes to hypercasual publishers, the bigger players will always keep looking for opportunities to grow – even beyond the genre. This includes the consolidation of smaller studios or even creating new teams outside of the company.

Hypercasual developers, as we see it, will also be looking to boost monetization through boosting IAPs, so the real potential is in the hybrid-casual model. In the end, we will have fewer games that will tend to live longer on the market.

Tell us about hybrid casual games? What is it and what are the key differences from the classic hypercasual genre?

Hybrid-casual is a more complex genre as it includes elements of a casual meta but sticks to the simple gameplay given the time the games get for development/testing.

Having a more complex game with a storyline increases the share of in-app purchases as well as product metrics in the long run.

How will the work of Mamboo Games be organised inside MY.GAMES now? What will change in your approach to game development and publishing?

MY.GAMES has huge expertise and a diversified portfolio across their 14 studios and we have already launched several joint projects by working with some of them.

We are confident that our partnership will allow us to realise our potential and give users new, globally successful hits.

How do you work with game developers? What should a developer consider in order to submit a project to publishing at Mamboo Games?

At present, we have several formats for cooperation, and the options are negotiated on a case-by-case basis with studios or titles. Most of the time developers bring us a ready-made game for testing and publishing, or promising developers make games for us.

To find out more about Mamboo Games, get in touch.