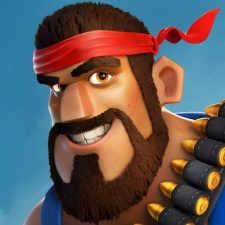 Long gone are the days of developing and publishing a game without the need to tweak, adjust and support it years after launch.

That leads us to our regular Live and Kicking series.

We spoke with Supercell game lead Laura Gilliland eight years on since the release of Boom Beach about the importance of customer support and suiting the players' needs.

PocketGamer.biz: With Boom Beach now approaching its eighth anniversary, how do you reflect on its performance - from soft launch to the mature title it is now?

Laura Gilliland: While I did not work on the game as early as soft launch, I did speak to the original team members to get their thoughts on the evolution of the game.

The team reflected on the fact that Boom Beach was almost killed, coming out of a game leads’ meeting where almost everyone was against the global release of the game. But the team pushed against the resistance and in the end, as we know, they decided to go global.

It was a pivotal moment for the company in terms of forming our culture around independent teams. We point to this example often.

We still think that there is more to do with the title.

Quickly after the release, the game’s performance drove a lot of positive momentum for the team. The team had a clear vision and built toward that vision, despite the team composition changing frequently over the past several years.

Looking at the game now, at a more mature state, we still think that there is more to do with the title. We’re excited to find new ways of evolving the title and giving players a great experience. You can expect to see a lot more in Boom Beach.

How big is the team currently handling live ops on Boom Beach?

We care about having small, independent teams at Supercell, and Boom Beach is no different.

Like other live games, we have a live ops lead for the game as well as other support including client development and community management.

How important do you consider customer support and updates to be? What has been your approach?

Customer support is very important to Supercell. We work closely with our player support team to gather feedback from our players and try to resolve issues when we can. The team is constantly trying to improve the Helpshift system, so that players can get the answers they need as quickly as possible through that portal.

Then in terms of updates, we’re evaluating what the right cadence is going forward. We know we need to do more, and we’re in the process of trying to find more people for the team to deliver more, better content to players.

What steps have you taken to ensure that Boom Beach maintains a sizeable and active player base all this time after its launch?

Over the years, we have cared about continuously delivering content to our players. We have released engaging features like Mega Crab, Warships, and Task Force Operations.

We have tried to deliver content at a frequency that maintains engagement while not burning out players.

Features like those have excited our players and positively impacted our retention. While we have not developed a sizable new feature recently, we have still tried to deliver content at a frequency that maintains engagement while not burning out players.

To what do you attribute the game’s consistently impressive grossing performance, and how do you sustain it?

Right now we’re trying to focus on improving the quality of the experience for players with our product roadmap.

What lessons have you learned/are you still learning from Boom Beach? Is there anything about the game that, in hindsight, you'd now handle differently?

The team is constantly learning from the game, especially from the community. One lesson that comes to mind is the fact that new features do not always yield improved KPIs. We have often seen that improvements or expansions to existing features have excited players more.

As an example, we had not released a new headquarters in Boom Beach for several years. When HQ23 was released, we saw a resurgence in playtime and players returning to the game. The performance of this feature expansion was better than even some of the recent additional features, like Warships, earlier that year.

Working on Boom Beach has shown me that there is often a lot more potential in a game.

While I’ve been working on the game, I would have specifically built a better pipeline for proto troop asset design before implementing the feature. It was a good lesson about the balance of meeting a deadline and delivering quality to players. We could have done a better job with the latter.

Finally, how has your experience with Boom Beach informed what you're working on now?

Working on Boom Beach has shown me that there is often a lot more potential in a game, regardless of how old the title might be. Sometimes you just need to get a fresh set of eyes on the operations and development.

The current team has been able to identify tooling and development efficiencies that have freed up time for more ideation and creation. We have shared these learnings across all of the games.

I continue to work on Boom Beach and I work on other titles as well, trying to learn quickly and develop a plan toward even more growth in these games.